While most spending by large network operators is focused on developing standards, technologies and infrastructure in preparation for 5G, investments in LTE have not slowed one bit; in fact several operators are currently investing billions in upgrading LTE networks to gigabit speeds.And that’s not all in the expanding LTE front, as many operators are placing the finishing touches on their LTE-M/narrow band LTE networks designed for low-power wide-range IoT / machine to machine communications. 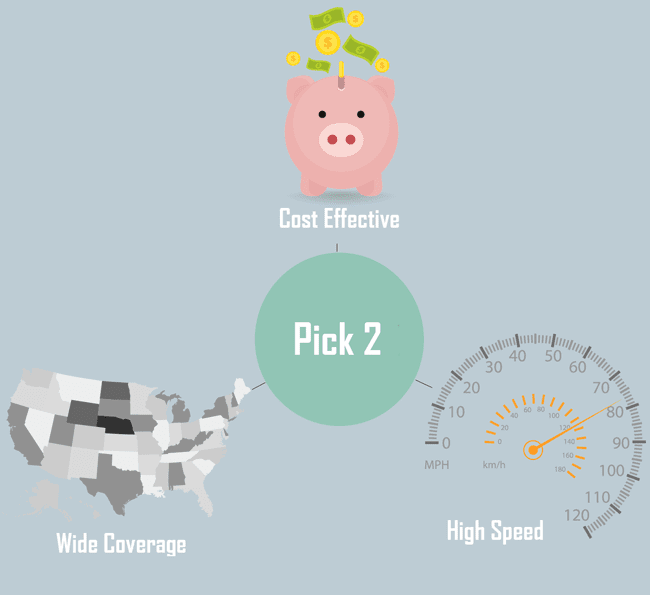 LTE networks operate at ideal frequencies in the Mhz band, offering an excellent compromise between power requirements, speed, capacity and most importantly these days: large coverage. While 5G radio access technologies offer blazing fast upload/download speeds, capacity and latency, they do have to compromise on one critical aspect which is the distance these high-frequency wireless signals are able to propagate.

Because of this , LTE will serve the pivotal role of providing seamless next-generation connectivity throughout the country. Providing full coverage and making always-on applications and devices much more reliable.

The frequencies at which LTE operate are a highly coveted and limited resource. It stands to reason that any technology or technique which makes more efficient use of available spectrum is a welcome addition – as the cost of buying additional bands/frequency blocks reaches into the billions. Having Multiple antennas, some reserved for input, others for output, is nothing new. The LTE standard itself makes use of various MIMO configurations, but these are basic 1×2, 2×2, 4×4 arrays.

Massive MIMO on the other hand stays true to it’s name and implements arrays of up to 64×64, with  128×128 or higher being a possibility (though the technical hurdles in testing such a massive array has delayed the studies on such massive MIMOs).

Why are multiple antennas better, even when utilizing the same limited spectrum? By making better use of that same limited resource.

MIMO already has real world examples showing a 3x increase in overall spectral efficiency with arrays as small as 8×8. Some predictions show exponential increases in efficiency, and as LTE gradually evolves in preparation for 5G, it will cement its role for years to come.

Even though gigabit speeds sound enticing to the majority of smartphone users, there are other characteristics in a radio access network that enable extremely useful applications and use cases.

IoT for example, emphasizes reliability, cost and power efficiency over speed and capacity. the small footprint IoT devices don’t need 100’s of megabits of bandwidth. Many can get away with speeds well under the kilobytes per second, many easily managing on 10’s of bytes per second for simple communications.

RF (Radio frequency) communications are one of the most power-hungry components in modern electronics. This is due to the physical properties of radio waves, desired power/range output and the incorporation of highly complex wireless technologies that seek to maximize speed, spectral efficiency and mitigate ambient noise. All of these things add complexity, increase power usage and limit its use outside of devices that can be easily and constantly recharged (i.e. smartphones, laptops).

Low-power wide-area networks take all this into account by reducing unnecessary components to a minimum, and focusing on power-efficiency, range and capacity. Mobile network operators currently have solutions that accomplish this by reserving a very small portion of their licensed LTE spectrum for IoT applications, needing only 150Khz of bandwidth (as opposed to 5Mhz or 5000Khz, needed by traditional LTE communications) .

Also known as Narrowband IoT, by using a reduced range of frequencies, RF power-usage is minimized, and range and noise can be kept at a minimum, as well as overall transceiver complexity. These properties are increasingly necessary in M2M or Machine to machine communications, as the ability to penetrate obstacles and hard to reach places is invaluable.

NB-LTE isn’t the only WWAN technology trying to grab a piece of the IoT pie. There exists a myriad of wireless standards and surely many more to follow. Some make use of unlicensed spectrum, while others employ mesh networking to reduce the number of network access points or gateway appliances required.

The real deciding factor for Nb-LTE/ LTE-IoT to succeed will of course mostly come down to cost. Deploying hundreds of IoT devices, like sensors, each with their own monthly/annual subscription can become prohibitively expensive and due to the low requirements of IoT devices, mesh networks maybe a more viable option if providers don’t price their services competitively.

All of these LTE advancements point towards a more gradual 5G deployment, as opposed to a full on release date, after all the radio access network is only one component, and for 5G networks to live up to the hype will require improvements in all areas of the network.