2016 has been a great year for internet-enabled and embedded technology (the essence of IoT), and with ‘17 just around the corner it’s a good time to take a look at some of the Internet-empowered technologies that are soon to emerge, where they stand and the great changes they could bring with them. 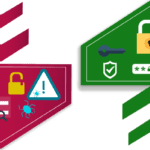 Given the alarming amount of IoT-powered DDoS attacks, and the staggering bandwidth some of the orchestrated attacks have managed (reaching 1Tbps), it’s no surprise device manufacturers are looking to improve security as even the best DDoS attack mitigators in the industry would find mounting IoT attacks impossible to manage.

Thus the appearance of Security-hardened IoT platforms this year, as well as the increasing emphasis on overall better security practices. This will translate next year to increased adoption of third party IoT platforms to outsource better security for companies outside of their core competency.
[su_spacer size=”20″]

The forecasted meteoric rise in IoT devices is set to outpace traditional cloud computing models. Data centers will have trouble dealing with the billions of devices set to connect to the internet, and so a new network computing model must be adopted, one that pushes computing as close to the devices as possible.

Edge computing appliances (i.e IoT Gateways) will serve to collect data from numerous devices/sensors and pre-process the information before it is sent to the data center. This helps to greatly reduce overhead from round-trip-times, enable real-time local decision making and create a more distributed & reliable system.
[su_spacer size=”20″]

Big Data analytics will be the driving force behind capable AI and enable machines that can optimize workflows, systems and processes in many industries.
[su_spacer size=”20″]

This is an advanced application of predictive analytics, specifically geared towards industrial systems. Through virtualization, simulation and extensive analytics, companies will be able to calculate failure/wear patterns and predict adjacent machine component failure/wear as well as overall health. These intelligent, essentially self-assessing/healing machines will bring about the new age of manufacturing (Industry 4.0).
[su_spacer size=”20″]

The race for driver-less vehicles will reach a tipping point next year, where the first fully autonomous vehicles will hit the market shortly after. The technology will be viable by 2017, but regulations, red tape and extensive testing will most likely push back release dates to 2018/2019

Widespread use of embedded Internet-enabled technology will popularize voice interaction systems. While most embedded technology is unable to adequately process voice in real-time, Cloud-based voice-control-as-a-service is perfectly usable even today. Voice assistants like Google Now could easily be expanded onto other devices and applications.
[su_spacer size=”20″]

Due to the sheer amount of connections in large IoT sensor applications, wireless mesh networking will most likely be used instead of centralized access point-based wireless networks(i.e LTE, Wi-Fi).

In a traditional network, nodes connect to a central access point to exchange information. In a wireless mesh network, nodes communicate with each other to pass on information, eliminating the need for repeaters and greatly reducing the need for gateways and access points.
Wireless mesh networks offer incredible resiliency, negligible infrastructure costs(comparatively speaking), and are completely operator independent.
[su_spacer size=”20″]

Mainstream cellular technologies are power hungry and unsuitable for high-capacity IoT usage. That’s where Narrow-band technologies come in. It emphasizes power efficiency and range over bandwidth and speed by reserving and using only a small portion of licensed spectrum. Current LTE specs support various low-power implementations and it’s down to the wireless operator to implement wireless IoT communication technologies in their infrastructure.
[su_spacer size=”20″]

With the daunting small cell density requirements for 5G, and the high level of automation required to orchestrate them all, SDN could be the answer 5G is looking for.

Small cells are set to replace large cell towers for 5G deployments as millimeter-waves have a much shorter range . This new distributed small cell architecture creates other requirement as now the innumerable amount of small cells must be seamlessly orchestrated. SDN could gain momentum in 5G as real-world deployments come to fruition.