The Internet of Things

IoT is as much a concept and ideology as it is a technological undertaking. Encompassing an extremely large amount of technologies and ideologies which all come together to form the IoT ecosystems.

IoT seeks to take quite literally anything (ergo “thing” in IoT), i.e printer, coffeemaker, shoes, lightbulbs, and breath new life and repurpose it by applying just the right amount of embedded networked technology (the internet component in IoT).

For the purpose of this knowledge base, I will focus on the technologies that enable the implementation of IoT devices, networks and applications.

To provide internet connectivity to these devices, low-power processors are usually incorporated – mainly ARM and x86, along with real-time operating systems. There is a myriad of technologies that need to come together in enabling IoT devices.

The main components are:

4. Sensors (to detect changes) and Actuators (to implement changes)

Embedded computing has been around for decades, and with transistors shrinking year-after-year, the benefits in reduced costs, increased efficiency and availability have set the stage for powerful computational technologies to integrate into every “thing”. For flexibility and program-ability, ASIC’s(application-specific Integrated circuit) are being left behind in favor of general compute processors like X86 and ARM. The raw power: cost ratio offered by x86 processors is almost unbeatable and makes them ideal for CPU heavy applications(E.G. Cyber-physical systems in industry 4.0), While ARM’s overall better power-efficiency makes them ideal for smaller applications. By combing a capable processor, RAM, and storage onto minuscule circuits, these tiny embedded computing devices can act as the brain for the millions of IoT devices of our future. They have the task of providing enough processing power for the operating systems software as well as the TCP/IP stack, making 32bit processors increasingly necessary in IoT applications. 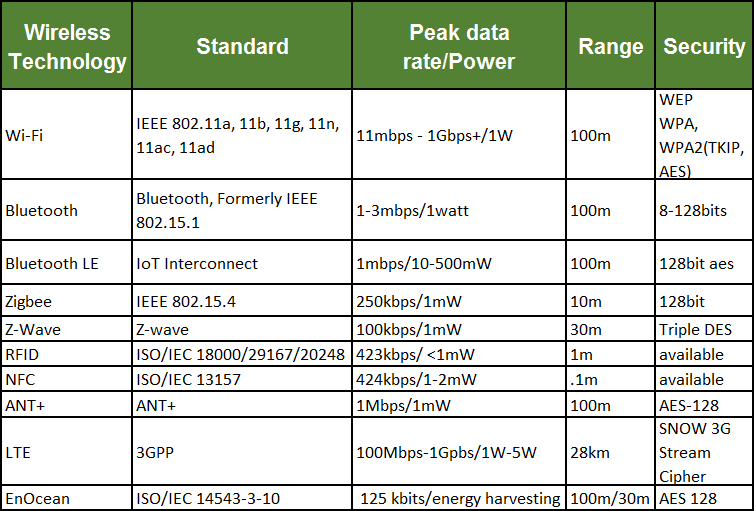 One of the most important choices in developing a new IoT device/application is choosing the right technology for communications. You have to ask yourself: do I need low-power usage? do I need high-speed transfers? Do I need long-range reliable communications? and the list goes on.

Wireless technologies have become the standard for IoT devices, as cumbersome cabling restricts design options greatly. The above chart can help find the most suitable technology based on trade-offs between power requirements, speed(capacity), range and security. 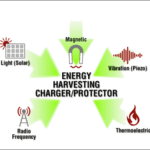 IoT devices have considerably different powering requirements than conventional technology. While some may be able to get away with a simple rechargeable battery, others will require alternative means of power for their implementation to be successful. 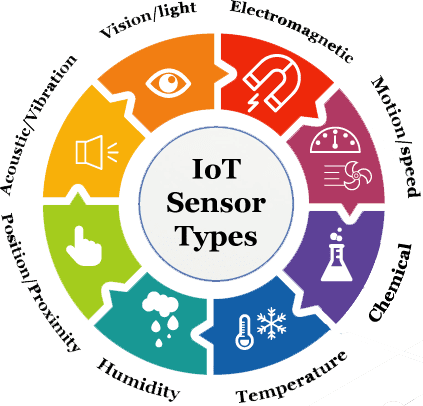 IoT embedded platforms can incorporate sensors like infrared, accelerometers and gyroscopes to detect and gather information(thermal readings, vibration, movement, humidity) on real-world objects. When it comes to getting usable information, the more sensors the better, that’s why their diminishing cost has made the next step into applying these on a wide-scale, sensor networks, possible. Now, these tiny sensors as small as a quarter can be outfitted with processors and wireless technologies that give them IoT capabilities, and at a very useful price. Combine these sensors with low-power wireless and energy harvesting technologies(photovoltaics[solar] or piezoelectric[motion]), and self-sufficient IoT sensor networks that last for several decades are possible.

IoT Gateways (and gateways in general) serve as a layer which translates network-specific technologies&protocols, purpose-built for certain applications(ie Bluetooth), into more standard network technologies and vice-versa. In the IoT, these gateways find themselves at home in sensor networks, where being able to manage and orchestrate 100’s of sparsely placed IoT sensors is key.