How IoT Technologies Are Helping to Provide Industrial Waste Solutions

After the Third Industrial Revolution and the advent of mass production technologies, mankind has continued to produce more and more waste. Whether household or industrial, biomedical or nuclear, the levels of waste we are producing as a species have never been higher in our history.

However, to counter that, we are also at a stage in our history where we have never been more capable of dealing with the enormous volumes of waste we produce each year, and in ever more intelligent ways. Innovations such as the Internet of Things and advances in wireless communications and automation technologies are currently transforming the landscapes of nearly every industry on the planet, and waste management is no exception.

At the dawn of the Fourth Industrial Revolution, the technologies available that can help us manage the ever-increasing volumes of waste we produce are numerous. In some circumstances, we find that industrial waste can be hazardous to human health, and so solutions are also needed for interacting with, as well as managing, storing, and recycling waste. In this article, we’ll take a look at some of the IoT technologies that are changing the industrial waste management sector for the better as well as ponder the future of these technologies and their role within waste management solutions in the years to come. Let’s start by taking a look at some of the IoT technologies that can be used.

Which IoT Technologies Could Be Utilized?

Nearly all kinds of Internet of Things devices and tools could be utilized by businesses and organisations working within industrial waste management. IP video cameras could be used to monitor either hazardous waste sites for staff safety and security or monitor the condition of equipment for predicative maintenance purposes. When using IoT tools and equipment, the data collected from them can be used to predict when these tools may need to be serviced or repaired. This enables waste management facilitators to schedule the downtime or their equipment in advance. By doing so, they utilize the big data available to IoT devices so as to ensure that maintenance and repairs have significantly less impact on their day-to-day operations. 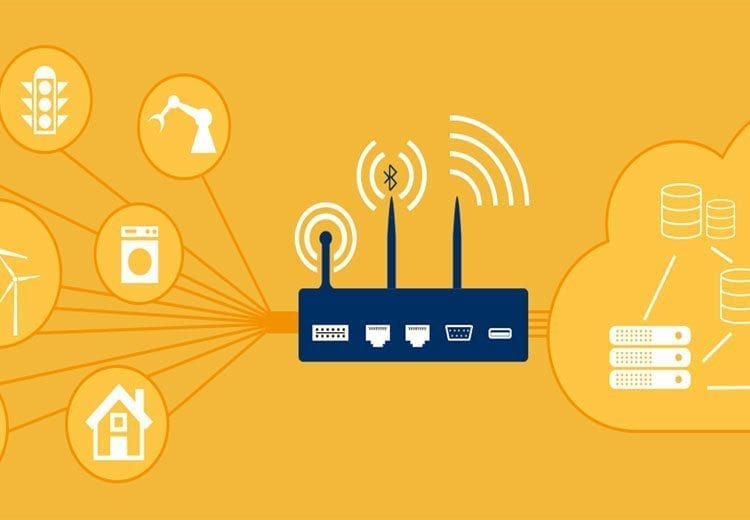 Sensors such as heat, pressure, moisture, temperature, and a vast variety of others could also be utilized for the purposes of streamlining waste storage or collection operations. For example, weight or pressure sensors could be placed in industrial waste storage containers, which would in turn be able to notify the management system when the container reached a predetermined weight or capacity and mark it for collection. This enables industrial waste management organisations to not only better schedule their pick-ups, but also optimize their pick-up routes for the purposes of streamlining or, if their waste is hazardous, minimizing public exposure.

What Are the Potential Benefits?

The benefits that Internet of things devices and equipment can bring to industrial waste management and solutions are numerous. Wireless communications technologies that allow IoT devices to communicate are becoming more and more advanced which in turn allows for more devices to connect, thus enabling businesses and organisations to utilize many different kinds of IoT services and applications, such as those mentioned above. IoT-powered automation is another benefit these technologies could bring to industrial waste management as big data could allow for more and more machines to be programmed, or even learn, to operate without the need for human intervention.

Internet of Things technologies can also help businesses and enterprises build much safer working environments, as well as enable authorities to better manage hazardous waste materials or storage zones. IoT sensors could, for example, could be used when dealing with radioactive waste to wirelessly notify workers when radiation levels were no longer safe for them to work in. The same technology could, in theory, be used to automatically activate a wirelessly controlled robot to take their place and continue working with the waste despite radiation levels. This, however, is not a technology that is currently in use anywhere in the world.

How Might We See These Technologies Utilized in The Future?

With technology evolving at an ever-quickening rate, the technological solutions we could see deployed in the future may turn out to be strikingly different to what we are used to. One the other hand, the technologies we begin to deploy tomorrow may well underpin the next 100 years of both industrial waste management and Internet of Things technologies. What we can say, however, is that the devices and equipment being developed as a part of the Internet of Things have the potential to revolutionize the way in which industrial waste is dealt with, both now and in the future.

Given current trends, it would seem fair to expect that future advances in areas such as artificial intelligence (AI), robotics, software-defined networking (SDN), and automation will likely play a big part in how we approach industrial waste management in the not so distant future. There will likely be combinations of these technologies tried and tested, with those that succeed becoming widely adopted among the industrial organisations requiring their services. Perhaps self-driving garbage trucks will one day do the rounds among industrial sites across the country, at the beck and call of the sensors that reside within industrial waste containers.