4 Smart Video Surveillance Trends You Will See in 2020 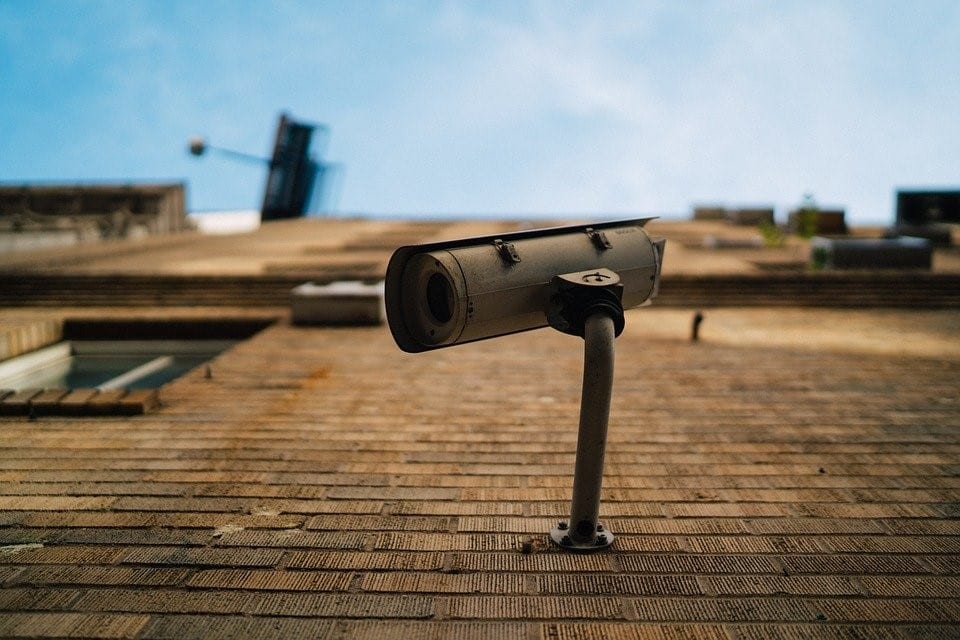 Video Surveillance is a fast-growing industry. It is beginning to play a significant role in smart cities, farms, and even smart homes. It is a critical component of security, but it is also used for investigation after the fact.

Marbella, a smart city in the south of Spain, is using the most advanced surveillance system in the whole country. According to El Pais, In early 2019, one of the 85 UHD IP cameras recorded the thief in action, including the face, body, way of walking, etc. The same surveillance system, using Artificial Intelligence (AI) algorithms, scanned all videos of 85 cameras in real-time, applied face recognition, and identified the same thief walking nearby.

Such is the power of video surveillance empowered by other technologies!!

Here are the top four video surveillance trends that will steer the evolution of security.

Video surveillance can help provide security and prevent undesired events, but to find valuable insights throughout all that streaming content, we would need focused and untired eyes. Traditionally a couple of security agents set behind the screen and browsed through different video streams hoping to find something extraordinary.

With Artificial Intelligence (AI) technology those security agents can save their eyes. AI software can analyze images and audio from video surveillance live streams and recordings. It can use image recognition algorithms and recognize faces, objects, events, and more. AI robots can do this a hundred times faster than human eyes and without getting tired.

How does AI work in Video Surveillance?

All data from video surveillance live streams will be fed to an AI-based analytics processing engine. The engine will analyze the content in real-time, extract key metadata, and send out immediate alerts to security agents. 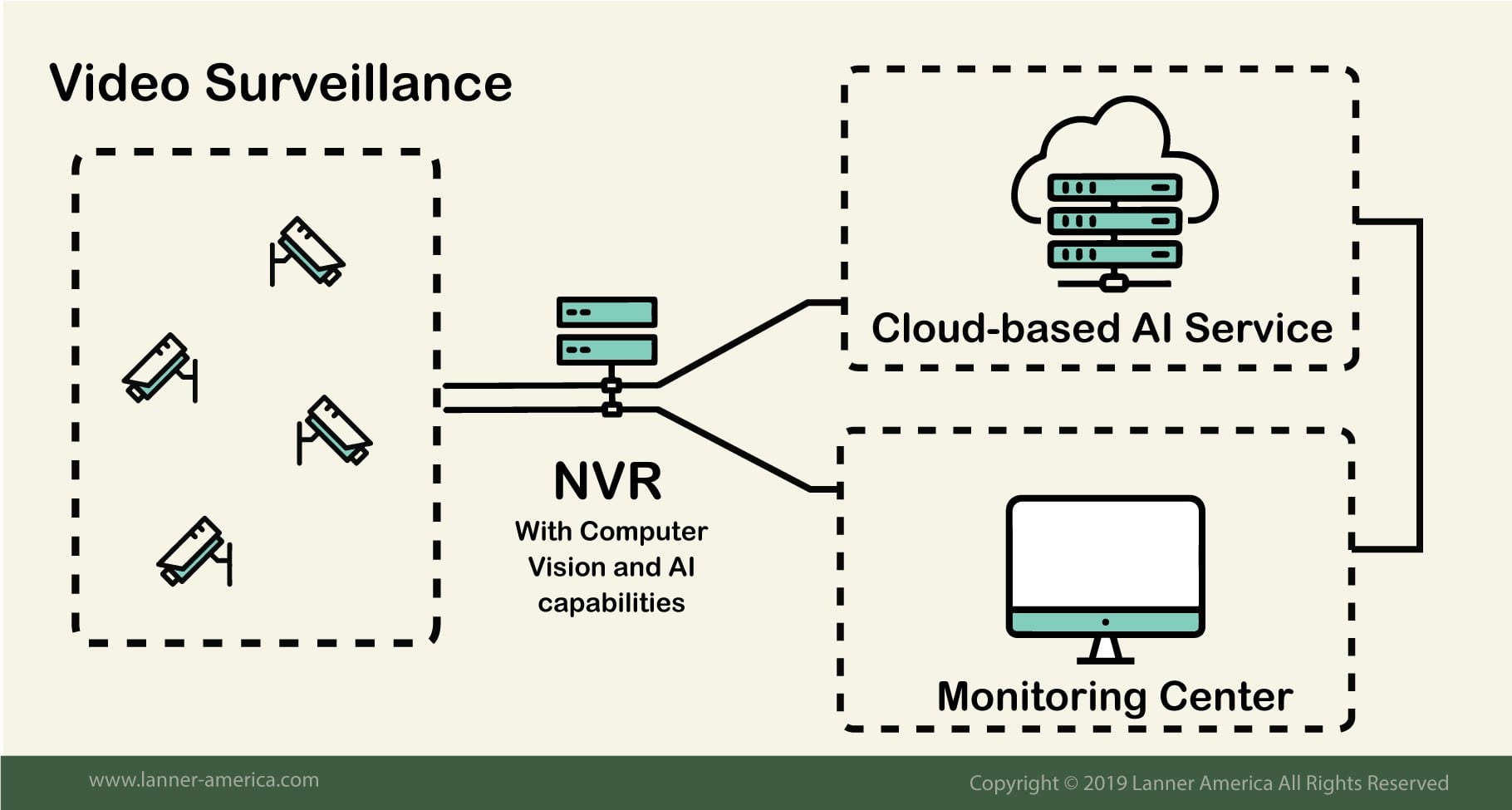 This analysis is not usually performed by the on-site cameras, but by edge computers such as NVRs or cloud-based services. An edge computer with NVR capabilities like the NVA-3000, which is built for video surveillance and machine vision. And at the cloud, the AI processing can be done by a similar server or through new services such as VSaaS (Video Surveillance as a Service).

Monitoring extreme and remote environments such as oil rigs or coal mines where dangerous gases could cause explosions and fires, or cargo ships where corrosion and humidity are everyday issues, is no easy task. Using traditional video surveillance in these cases was often out of the question.

But thanks to new computing and communications technology, these extreme environments can now be monitored from a remote station. New technology in IoT cameras, in-site edge computing devices, industrial rugged remote surveillance NVR’s, and built-in mobile broadband capabilities, can make this happen.

The IP cameras and edge devices are the first ones that must be hardened. The enclosed stainless cases, special materials or built-in double cases with cooling liquids can help tolerate:

An example of a device that can help with video surveillance in emergency response vehicles such as police, ambulance, or firefighters is Lanner’s LEC-2580. This device can support rough roads, vibration, and constant movement, while still providing a reliable connection to the Internet.

How To Monitor Extreme Environments?

Outdoor cameras recording content can then live-stream to a smartphone over the 5G network, or it can also be sent to a cloud service for an AI analysis. The cloud or an edge computing device such as the MEC can pre-process all data. The AI analysis can provide physical access control, fire detection, chemical spillage, floods, intrusion detection, and notify the security agent immediately.

Flying IoT and Drones at the Edge

Drones are also known as “the flying IoT devices,” or UAVs (Unmanned Aerial Vehicles) are getting a lot of attention lately. And thanks to new technologies such as Private LTE, 5G and edge computing, drones can be used in a lot of applications.

An example of drones used in video surveillance is the work of Skylark Labs, a machine vision company that developed the Aerial Suspicious Analysis (ASANA) technology. ASANA is a security system that can identify abnormal and suspicious activity in crowds of people using drones. These drones fly around crowds, stream their data through high-speed networks to a cloud-based server for analysis.

Applications for Drones in Video Surveillance?

Because drones are moving and flying around they need fast mobile and wireless communications. Low latency broadband technologies such as private LTE and 5G can improve the precision and speed of their response times. These flying devices can communicate at high speeds to a nearby edge computing device such as the Multi-Access Edge Computing MEC. 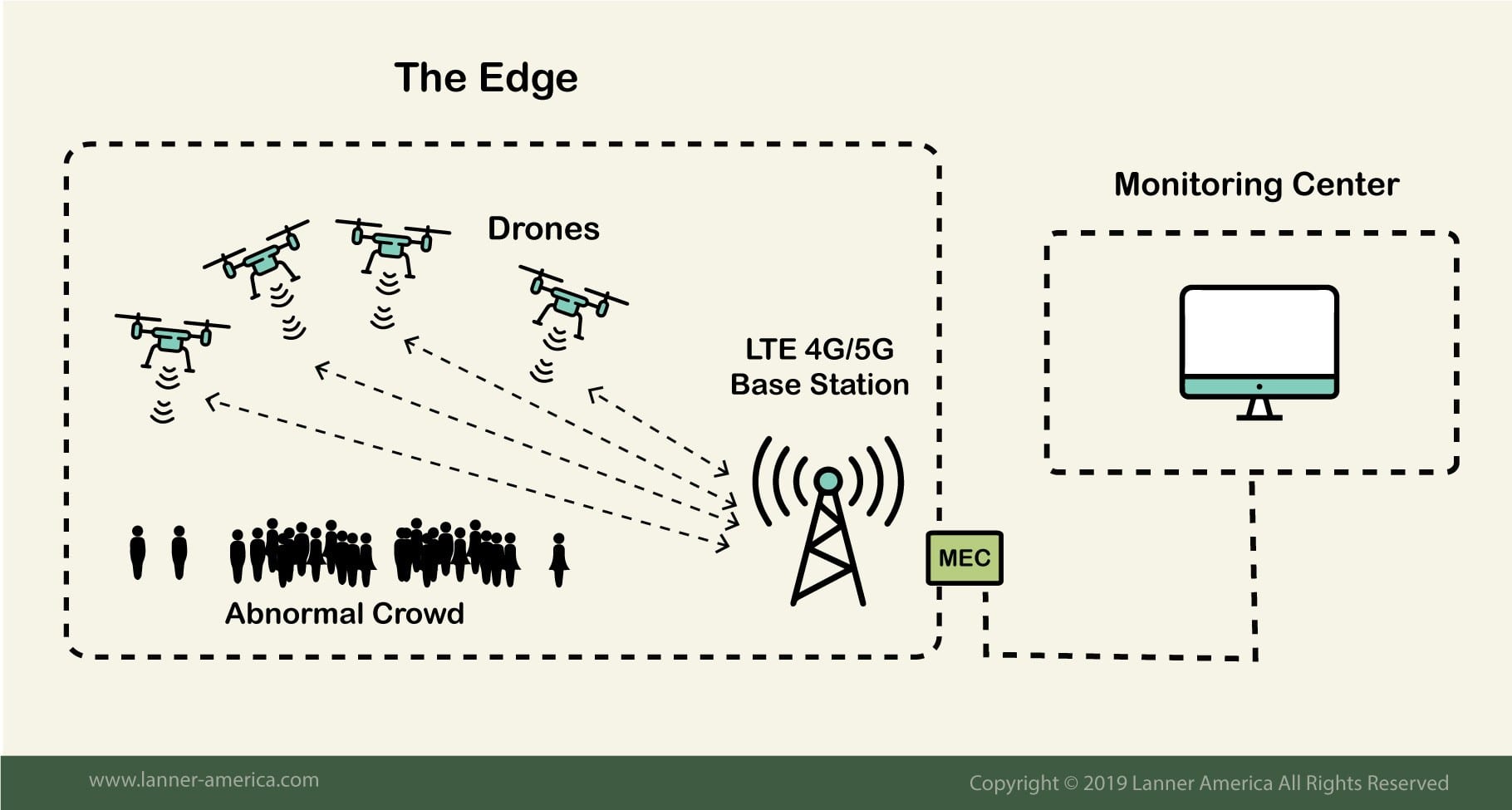 Drones are getting a lot of popularity in smart cities, farms, and industries. This is the case with Huawei and XAG, which have partnered to run experiments on surveillance for smart farms. The application uses 5G mobile broadband over AI-powered drones and IoT sensors deployed on agricultural fields. The solution uses flying drones an IoT to keep an eye on farms, over video and also by sensing environmental factors.

Cybersecurity has become one of the major concerns for consumers, enterprises, small businesses, and anyone in any industry sector. The same goes for video surveillance.

In October 2016, one of the most disruptive and destructive Distributed Denial of Service (DDoS) in the history of cybersecurity took down half of the US Internet. The popular Mirai botnet attack brought down the domain registration services provider, Dyn that hosted websites such as Amazon, Github, HBO, Netflix, Paypal, Reddit, Airbnb, Twitter, and more. The attack infected more than 600,000 IoT devices, and most of them were surveillance video cameras.

The Mirai attack took vulnerable IP cameras and turned them into an army of zombies (or bots). Today all IP cameras, NVRs, or drones connected to the Internet are highly vulnerable. Cameras are usually built with low-security standards and are often used as backdoors to a network. But that is not all, by compromising entire video surveillance systems, hackers can

In the next year 2017 after the Mirai attack, another case hit the news. Days before, Donald Trump’s inauguration day, two hackers gained control of Washington DC’s video surveillance cameras. Apparently, and according to an article from The Wall Street Journal, a police computer controlling video surveillance was infected with Ransomware, so the hackers could seize control of all surveillance of the most important city in the US, for a while.

Many IoT video cameras manufacturers sell their products with tons of vulnerabilities, which usually do not meet security standards. The enclosure of cameras are weak, they come with default easy-to-guess passwords, Bluetooth is open, etc. All these vulnerabilities only make hacking of video surveillance easier.

Although all trends for 2020 shown here will mark a new direction in video surveillance, the AI-powered video surveillance analytics is the one that shows the most promise. The AI technology with its subfields, such as image recognition and machine vision will entirely change how the game is played.