10 Jobs That Could Soon Be Done by AI-Powered Robots, Machines, Vehicles Artificial intelligence (AI) and machine learning are some of the most exciting fields of research currently being undertaken and each can be found in various ways in many different applications across a vast spectrum of industrial and commercial sectors.

With the rise of more and more advanced forms of automation, artificial intelligence and machine learning technologies are increasingly being used to supplant human workers due to their significantly enhanced data processing capabilities.

In fact, both AI, and its sub-field machine learning, are widely considered to have the scope and potential to eventually completely remove human beings from some jobs altogether. In this article, we’ll be taking a look at ten jobs that may very well soon be done by AI or machine learning-powered robots, machines, or vehicles.

There seems to be no limit to the reach of AI or machine learning technologies, either. The vast majority of industries, from retail, healthcare and marketing to manufacturing, communications and agriculture, have all now had these systems integrated into a variety of different applications. Below is our list of ten jobs that could soon be done by AI or machine learning systems, rather than humans.

Robot Security guards are currently being experimented with in several places around the world, most notably the robotic K5 security guard from Knightscope which has been used by multiple businesses and institutions including the Society for the Prevention of Cruelty to Animals (SPCA), located in San Francisco where it deterred loitering and vandalism.

The use of artificial intelligence and machine learning, when coupled with robotic security guards could provide a variety of benefits to local authorities including 360-degree video surveillance footage utilizing facial recognition and predicative behavioral analytics as well as thermal imaging, voice recording and recognition and long-range RFID.

Advances in natural language processing and machine learning systems have enabled getting a call from a robot something we’ve all probably experienced and become familiar with by now, and this trend looks long set to continue into the future.

There are now many companies around the world that use machine learning-powered virtual assistants in their call centers and this trend is becoming increasingly widely adopted.

In some cases, research conducted by companies that have introduced AI-powered call center operatives has shown that customer actually preferred interacting with natural language processing robots as opposed to pressing their way through menus and FAQs.

With the advent of autonomous vehicles and driverless cars will undoubtedly come a shift in the way we use transportation services.

It is likely that human drivers will eventually be replaced by automated, AI-powered systems that will likely integrate a number of cutting-edge technologies such as edge computing and 5G wireless communications networks.

AI and machine learning powered autonomous taxis would also not only not require a human driver but would be able to utilize live traffic and travel information being fed to it from other vehicles and transport infrastructure, allowing it to determine the best route for its customer. 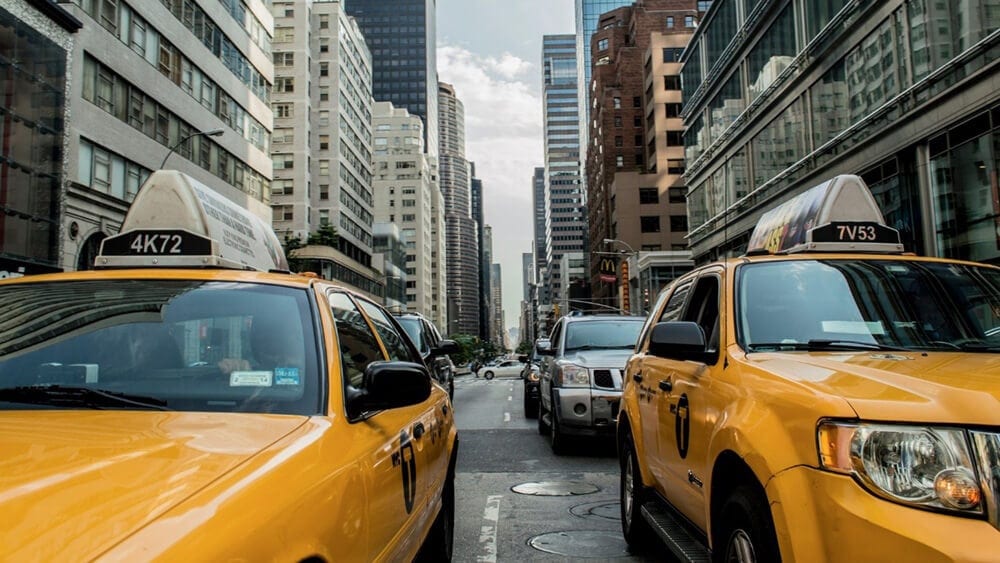 The use of robotics in manufacturing and assembly line work is nothing new with such methods first being introduced decades ago. However, with the onset of the Fourth Industrial Revolution, technologies such as machine learning and automation have become much more numerous within these environments while also having significant potential for further application.

Machine learning for example is currently being used in some assembly lines for product inspection and defect detection purposes and, alongside other technologies such as machine vision, is slowly becoming more advanced and widespread. While such duties are still often performed with human oversight, it may not be too long at all until they are capable of operating autonomously using machine learning.

Human customer service assistants are quickly becoming a thing of the past in restaurant chains such as McDonald’s as the rise of AI or machine learning-powered robots and machines begins to appear in fast-food outlets around the world. There are also examples of AI-driven robots beginning to appear in retail stores and other commercial outlets as customer service assistants, too.

The benefits of utilizing these systems can include a universal knowledge of the specific store’s stock and inventory and of any deals or offers that are on at the time. Using facial recognition systems or smartphone apps, this non-human customer service assistant would also be able to recognize whether shoppers had visited a store before and what their previous purchasing behaviors had been like.

One surprises to come from artificial intelligence and machine learning technologies was the inception of Chef Watson, using IBM’s Watson technologies. Chef Watson is able to generate entirely new meal ideas and recipes using its extensively knowledge of food and flavor pairings.

Combine this with ventures like Flippy, the meal preparation robot from Miso Electronics. Flippy is able to prepare and serve up meals and snacks at speeds much quicker than human chefs would be capable of sustaining. With just these two examples it becomes clear that AI-driven robotics may well eventually take over our kitchens too.

One of the first jobs to be completely replaced by artificial intelligence and machine learning systems could be that of receptionists, personal assistants and front desk clerks. With a growing number of intelligent and automated telephone and scheduling solutions now available, human employees are now slowly but surely becoming obsolete.

Personal Assistants like Siri and Alexa are already an incredibly popular way in which people are using AI and machine learning technologies to help them plan out and schedule not only their work lives, but their personal lives as well. It may not be long until every smart office comes equipped with its own AI receptionist.

While many may argue that the creative industries such as media and arts will likely be among the last industries to experience mass job automation, however, there is plenty of evidence to suggest that artificial intelligence and machine learning could well begin to replace human journalists in some areas of news gathering and reporting.

In fact, machine learning algorithms are already writing the news for us today thanks to advances in areas such as text generation and computational creativity. Several media outlets utilize AI and machine learning technologies to assist in writing sports and weather reports or summarize the day’s affairs.

As will likely be the case with taxi drivers, couriers will also likely be replaced by AI and machine learning-driven autonomous vehicles or a different kind of robot altogether. Drones have long been considered as a means of couriering goods to customers, but their lightweight design has proven difficult to deal with in making them a feasible option.

There are even specially engineered courier robots that are designed to be able to carry up to 10kg in weight, making them a much more reliable option for larger deliveries. While questions do remain around how these robo-couriers would attempt to deal with vandalism and connectivity in remote areas, their deployment in a smart city near you isn’t too far off into the future.

Smart farming and precision agriculture are both leading the way in the AI-powered robotic revolution of agriculture. Smart farms are now capable of a vast amount of automated operations and with the development or even more sophisticated machine learning algorithms and AI technologies will become more and more capable as time goes on.

The use of robotics and AI technologies is already happening in farming and agriculture today and while the role of human farmers is, so far, not in doubt, there may soon come a time when entire enterprises are run autonomously through a network of connected devices managed by a central AI-driven management system.