Non-Volatile Memory Express (NVMe) is an optimized storage controller interface and driver designed to address the needs of enterprises for solid-state drives from today’s NAND flash to next-generation persistent memory technology. It defines a command set and a feature set through which the host software communicates with non-volatile memory over the PCI Express® (PCIe®) bus.

A Scale-out Approach of Storage Infrastructure

Thanks to technology advancements, today’s computing tasks have become parallel; what used to be accomplished by a single server is now distributed across multiple servers operating simultaneously, which allows for scaling in diverse aspects. When it comes to scaling, what functionally and its involved integral hardware component comes to your mind? To what length and in what dimension do you think is cost-effective when performing a server upgrade? In both consumer and business use cases, faster storage is considered the primary and favourable upgrades made to the server system.

The scale-out approach is often used on scaling storage performance and capacity to break free the constraints of performance and capacity laid by old equipment, and to offer direct access to newer storage features. Enabling enterprises to incorporate additional capacity with ease as their storage needs grow with the evolving business, the scale-out storage infrastructures can eventually lead to a cost-effective investment. This is how data storage used by top-tier applications transitions from HDD to SSD, for much higher performance and sufficient density to store a clustered application’s data.

To fully optimize the disk storage and utilize the solid-state storage performance, NVM Express as a standard interface to connect processors to SSD storage was devised.

Non-Volatile Memory Express (NVMe) is an optimized storage controller interface and driver designed to address the needs of enterprises for solid-state drives from today’s NAND flash to next-generation persistent memory technology. It defines a command set and a feature set through which the host software communicates with non-volatile memory over the PCI Express® (PCIe®) bus. Accessing flash storage through a PCI Express (PCIe) bus, which supports tens of thousands of parallel command queues, NVMe achieves a high-bandwidth and low-latency user experience and delivers multiple times faster read/write speeds for various enterprise workloads than traditional all-flash interfaces such as AHCI (Advanced Host Controller Interface).

NVMe is available in different form factors, including PCIe, M.2, and U.2. Designed for SSDs, NVMe has become the new industry standard for laptops, desktops, and data center servers. If you’ve recently purchased a MacBook Pro, you may have been impressed by how swiftly the device boots and shuts down and that you hardly wait for the application to open. That’s because the NVMe SSD built-in these latest products reads and writes data faster than SATA SSDs used in previous generations.

Why NVMe Matters to Your Business?

Systems deployed by enterprises consume myriads of data, with the once-in-a-while rampant rise in demands from new and multiple applications; the SSDs connected to legacy storage protocols, when confronted with this situation, may suffer higher latencies, lower performance, and poor service quality because its limitation to hardware interface transfer bandwidth cannot unleash typical SSD performance. The reason for this bottleneck is that SCSI-based SSDs (SATA/SAS and AHCI) are not designed for PCIe low latency delivery, but for traditional platter HDDs; by deploying the mechanism for multiple I/O queues, NVMe leverages not only solid-state storage but multicore CPUs.

FX-3420 can support up to 768GB of memory through multiple DDR4 2,666 MHz REG DIMM modules and comes with 12x SATA 3.5" hot-swappable disk drive bays or 12x NVMe 2.5" SSD (Optional, and SSD drives are not included). In addition, FX-3420 provides other I/O functionality including one onboard M.2 slot for NVMe expansion, one RJ45 console, one IPMI port for remote management, and two double-width PCIe x16 sockets for GPU acceleration card. FX-3420 is built with 850W 1+1 redundant power supply. 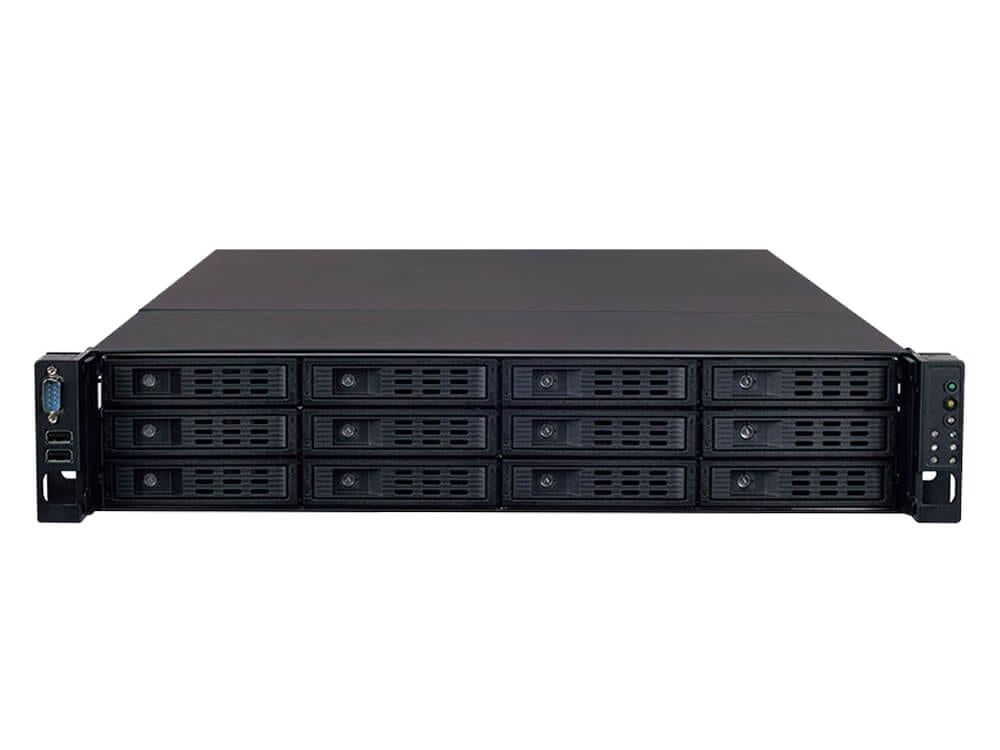 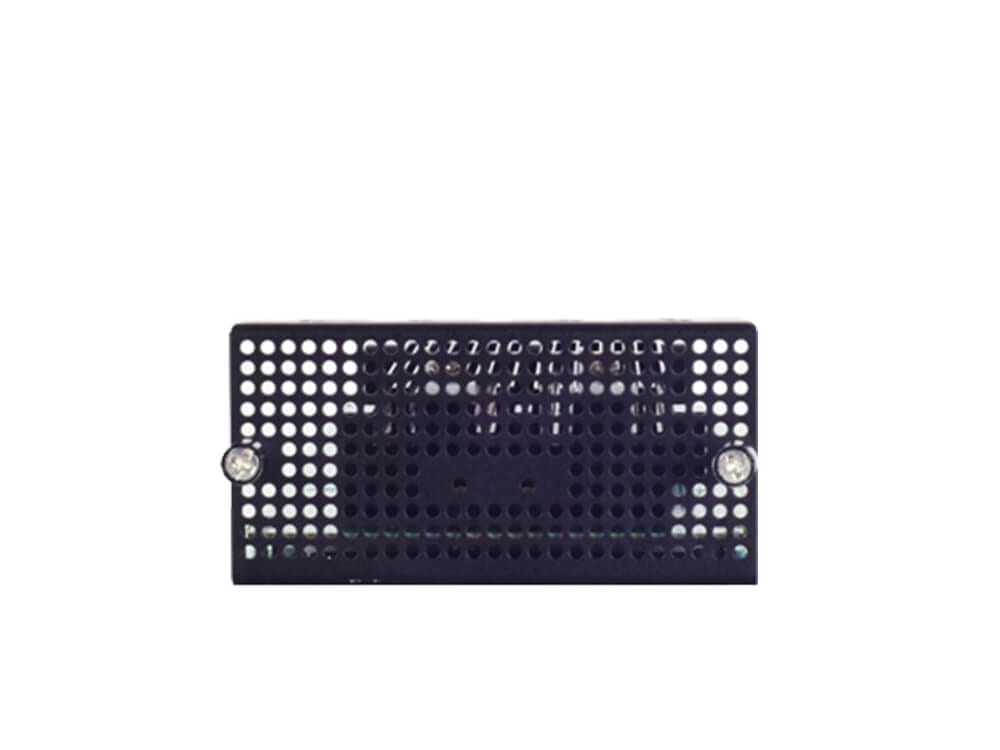