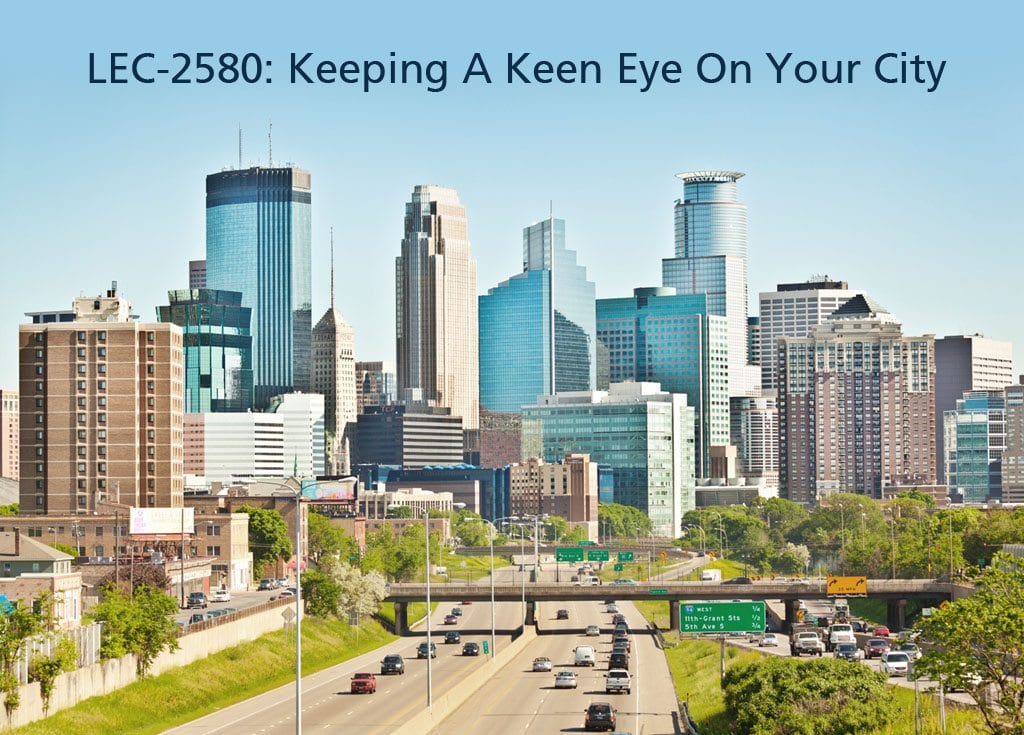 It is estimated that by the year 2030, the number of people living in urban areas will have reached 60 percent of the global population. In other words, more than 4.9 billion people will be dwelling in all corners of predominately urbanized areas in some of the largest city metropolises in the world.

As people migrate to cities in troves for better job opportunities, education and healthcare, they bring with them and suffer from problems such as traffic congestions, criminal activities and even terrorist attacks, promoting not only police intervention but also the deployment of city surveillance systems intended for physical security, real-time surveillance, video analytics and traffic monitoring.

City surveillance systems rely on and are developed using cameras, control hubs, communication appliances and real-time analytics/facial recognition software suites. The cameras are, preferably, to be powered with as little wiring as possible for easy installation/maintenance and anti-tampering, the control hubs, on the other hand, cannot fully operate without high-performance industrial PCs capable of not only providing computing prowess for data mining/video analytics and necessary I/O ports for devices/sensors/detectors, but also establishing stable network connections for real-time data transmission and software responsiveness.

The aforementioned industrial PCs and their integration and compatibility with all necessary software are also crucial when developing cost-effective and successful city surveillance systems because older devices, legacy OS and varied standards/protocols/architecture designs could potentially hinder the development of an entirely new system or the assimilation of an existing one, resulting in subpar system performance and unnecessary waste of new/old equipment, funding and manpower.

What’s more, the LEC-2580 supports a max. of 16GB of DDR3L memory and dual 2.5″ HDD/SSD with RAID 0/1; expansion is made possible via the full-sized mini-PCIe socket, with SIM card reader.

Lanner’s high-performance LEC-2580, built with Intel® Skylake-U Series CPU (Core™ i7-6600U/i5-6300U/i3-6100U), offers ample processing prowess for video-intensive application scenarios where complex data crunching, object tracking/counting and facial or geo-location recognition technologies are utilized for performing various forms of identification based on pre-defined situations and criteria, before instant alerts are generated and sent out for immediate intervention, if and when necessary.

The LEC-2580 comes with four serial COM ports and four USB ports for integrating devices such as emergency alarms, motion detectors and access control sensors into the system setup; the LEC-2580P’s four POEs provide even greater flexibility and convenience for when particular devices, such as PoE cameras, require such configuration.

For evidence collection that demands exceptionally high quality images, audio and videos, the LEC-2580’s dual HDMI ports support real-time video capture/relay/playback. Real-time monitoring can be looped without delay using a maximum of 16GB of DDR3L memory; while files can be stored or transferred to and from the dual 2.5″ HDD/SSD with RAID 0/1 support to ensure evidence availability and accessibility even during server or network failure.

When integrated with purpose-driven software suits, the LEC-2580/LEC-2580P is the perfect hardware appliance for developing robust, cost-effective and large-scale city-wide surveillance systems.

The installation of the LEC-2580/LEC-2580P and video analytics software, for example, can automate the detection of offending vehicles and the issuing of monetary fines, not only discouraging drivers from committing various forms of traffic violations and increasing road/parking safety, but also contributing to a city’s coffer.

The same can be said for all other real-life application scenarios that leverage the analysis of image, audio/or video footages captured across expansive metropolitan areas, with the aim to automate and optimize the safeguarding of a city and all its residents and visitors.