Most of the modern multi-story green buildings come with BAS (building automation system) for smart control of air circulation, water conservation and building climates. That is the reason why BAS-empowered buildings are sometimes referred to “smart buildings”. The BAS is a distributed control system based on computer networking to integrate monitoring and control subsystems, including HVAC (heating, ventilation and air conditioning), lighting, fire, security, humidity and other significant factors to reduce energy consumption while maintaining the comforts for the residents.

Today, the trend of BAS is going through a transition from traditionally proved robust, but proprietary protocols, like BACnet, to the open-standard networking protocols which allows standardized integration, deployment and maintenance. This has opened up huge market opportunity for smart buildings. According to recent analysis, the overall BAS market is expected to reach US $99.11 billion by 2022, an approximate 10.73% of CAGR from 2017 to 2022. Along with the needs for energy management, there is also a growing demand for deploying building security system and IoT applications leveraging open standard computer networks.

A leading company in BAS from Australia came to Lanner for an optimal building automation gateway to meet the following requirements: 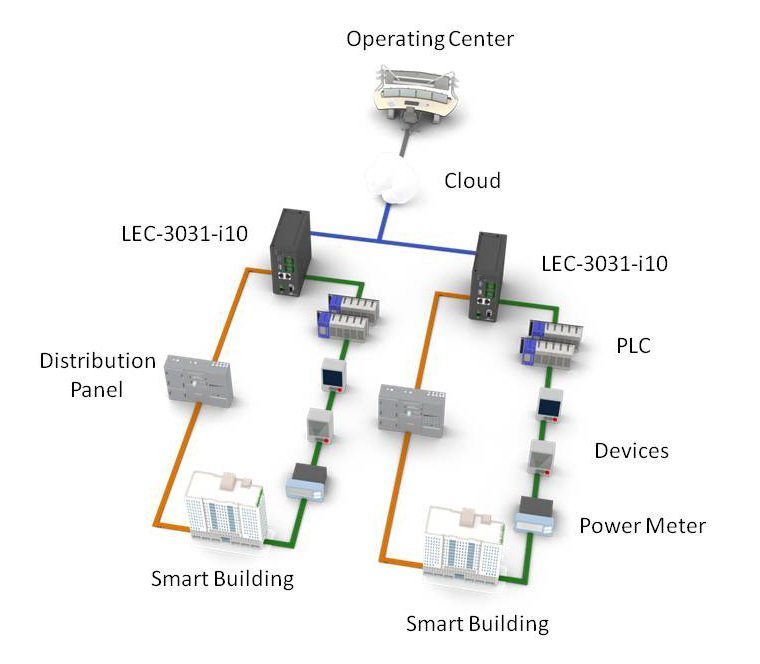 To fulfill the requirements for modern BAS, Lanner presented LEC-3031-i10 as the building automation gateway that serves as the data concentrator to collect data from devices deployed in the building.

In order to communicate with all the building subsystems, LEC-3031-i10 provides maximum of ten RS-485 serial ports as the protocol to connect with sensors, meters and other controllers. With specific requests, LEC-3031-i10 is able to deliver up to 8 isolated DI/DO ports to connect various event trigger devices from access control systems

To record the data collected from all the building subsystems, LEC-3031-i10 is accompanied by a mSATA socket and a SATA drive bay for SSD. With two independent storage options, system owners can divide the uses for operating system and log data.

Since building subsystems are usually in basements or isolated remote corners, LEC-3031-i10 supports wide operating temperature from -40 to 70ºC to endure the harsh ambient environments. In addition, the fanless design allows to operate in a 24/7 manner without replacements of mechanical fans.

To ensure safety for the devices, surge protection and I/O isolation are implemented in LEC-3031-i10 to protect the devices from sudden electrical surges. 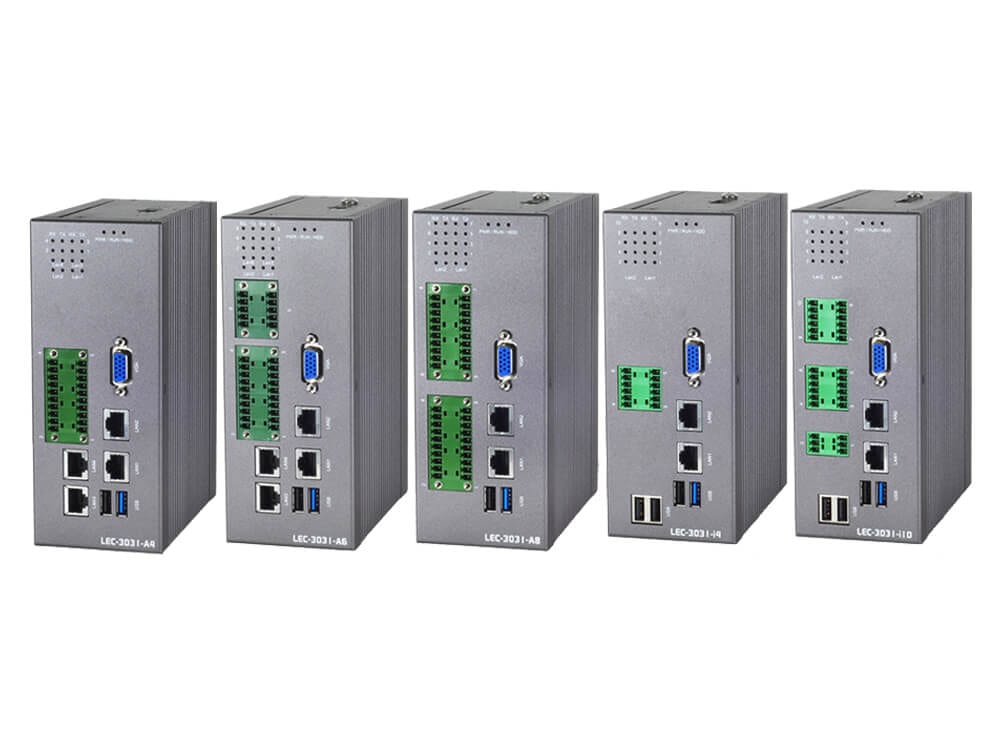