Why is x86 based hardware a key element for IoT Edge computing? 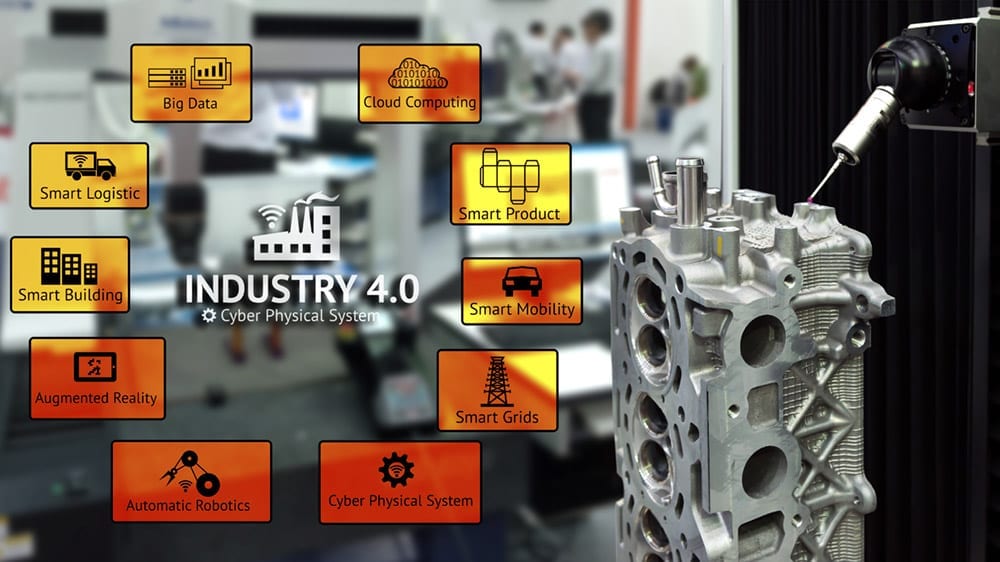 While IoT continues to grow by leaps and bounds worldwide, devices based on ARM processors seem to have taken center stage, mainly because of their orientation to mobile devices (due to their low power consumption and low cost), which makes them suitable for IoT devices built for some basic applications. They send data directly to the cloud, such as temperature or humidity sensors, energy monitoring, among many other. However, with the passage of time, other types of IoT architectures have emerged, such as Edge computing, that give back to hardware based on x86 processors the opportunity to take an essential role in IoT. What is Edge Computing and what role exactly processors with x86 architecture play in it?

The millions of devices that make up the Internet of Things (IoT) have something in common: they collect information, but they do nothing with it. They send it to the cloud, where large data centers receive it, it is combined, and the data is processed collectively to obtain certain results or activate certain events. This “passive” operation of all these devices is what wants to be changed the so-called Edge Computing, a type of philosophy applicable especially in business and industrial scenarios that brings much more autonomy to all those devices, making them something more “smart”. It is defined as the IT infrastructure that exists near the IoT devices (such as turbines, production lines, robots, scanners, among others). Thus, instead of the information having to travel the entire trajectory of the network to reach the IT infrastructure, there will be intermediate points to transform the data into valuable information.

While ARM processors are being suitable for IoT devices themselves, x86 based hardware is more suitable for being used in Gateways on the edge of the infrastructure for analyzing and storing important data. Let´s see how it would work on the following situation.

For example, one way of making IoT devices smarter would be the following. If it’s not necessary to combine data to get the desired results. Then IoT sensors simply need to process the collected data and send results when certain requirements are met. And here’s exactly where one can see the benefits of edge computing gateways. If there’s less need to be sending and collecting all data in a centralized cloud repository, you could save a lot on expensive bandwidth transporting this data. Also key data can be stored on these gateways in order to compare it with new collected data and determined which should finally be uploaded to the cloud.

On the contrary, another option would be that sensors only connect to the cloud when they have something important to report. This design provides the opportunity to reduce IoT networking costs by leveraging technologies such as cellular-based technologies that use a lower-cost, pay-per-kilobit billing method as opposed to more expensive always-on connectivity. The reason for all this is that Edge Computing allows the data produced by the devices of the internet of things to be processed closer to where they were created (in local gateways) instead of sending them through long routes to reach data centers and computing clouds. That also haves another fundamental advantage, since it allows organizations to analyze important data almost in real

Time, something that is a clear need in many industries such as manufacturing, health, telecommunications or the financial industry.

What are the main advantages of x86 over ARM processors to work on this type of IoT Edge computing devices? Here are some:

If we think of a real life example, perhaps a SCADA system on an industrial environment, we would think of x number of PLC’s all over the production lines measuring a number products or specific operations performed by machine or employees. If we add to the equation some other kind of systems, like machine vision or barcode reading, the amount of data increases dramatically. In an Edge computing infrastructure, we would analyze the data first before uploading anything to the cloud or providing some kind of response to the PLC’s. In this type of scenario X86 based hardware does a better job than other options, like ARM, due to its high processing capacity. If we consider the huge amount of data being received on an Edge computing gateway, we would need an option that’s reliable on more complex tasks.

Due to the many years of x86 based hardware, the manufactures have designed and produced an immense amount of hardware and its supporting software (i.e. drivers) specifically for this type of architecture, and it’s worth mentioning how competition has also raised the bar in quality of the devices. The peripherals options available for x86 based hardware gateways and it complementary infrastructure devices makes this option better for a smoother implementation. On the other hand, ARM solutions, still being a newer option makes a lot of the devices unique and incompatible with others with the same architecture.

Due to the well know and established design of x86 based hardware it’s also more compatible with a large amount of software solutions out there, ready to be implemented in the workplace.

Based on this example, we can say that, x86 based hardware still plays a major role in the Industry 4.0 revolution, in architectures such an edge computing, where mobile devices work as a complement with more powerful high-end processing devices closer to the process and then sending data to the cloud (data center).

As your trusted partner, Lanner carries the long-established expertise in telecommunication and enabling manufacturing sectors with the similar architecture to deliver the required real-time, secured and cutting-edge technology as the next-generation manufacturing revolution. We provide highly integrated edge server platform with Intel multi-core processors that fully optimize performance and minimize latencies, while consolidating all the needed network functions.

LEC-3340, a 3U rackmount industrial edge consolidation server have some key features that are well designed to work on a corporate or industrial environment with high volumes of data: 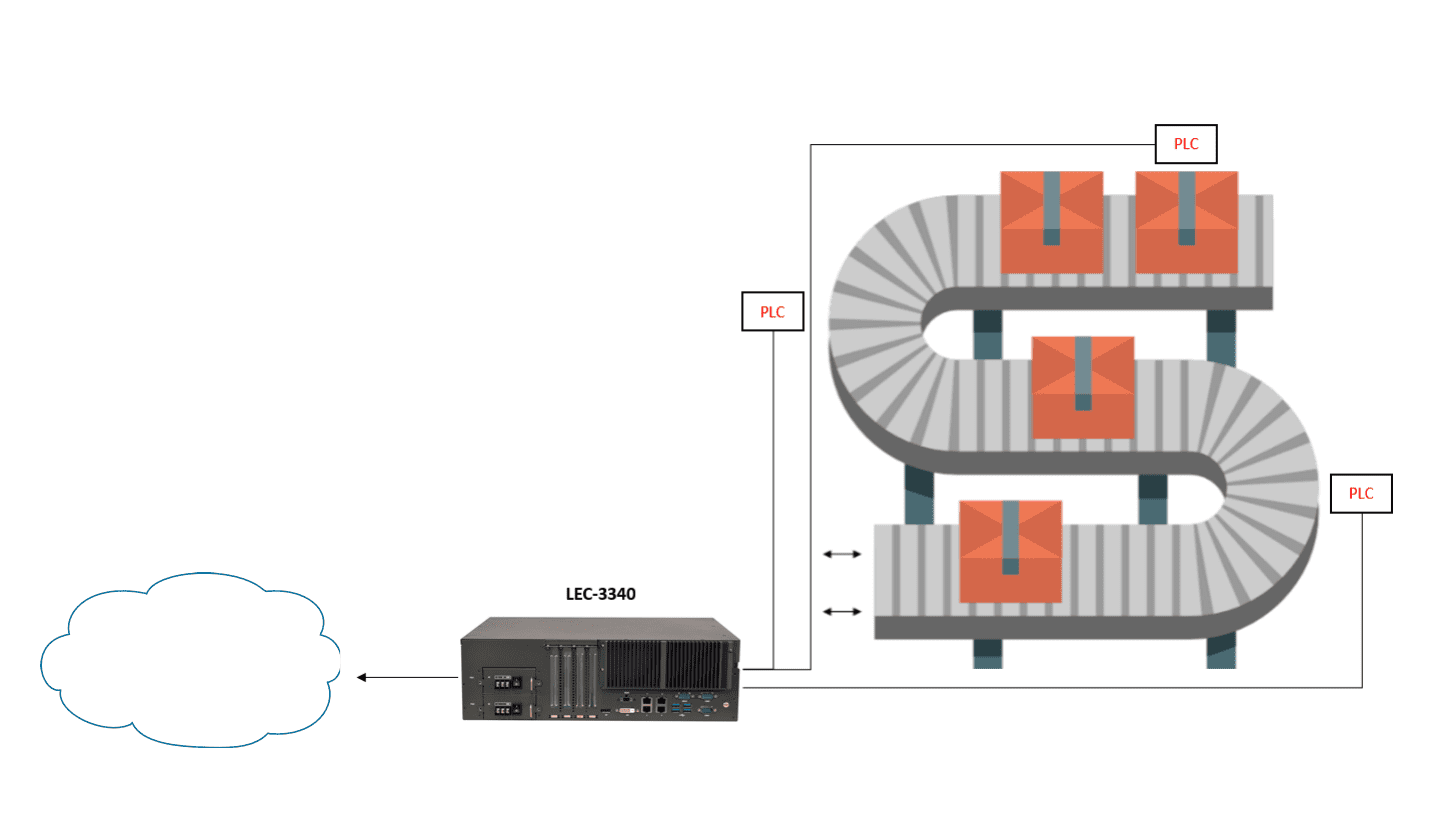 As IoT is in a continuous evolution in more mobile and efficient devices, we cannot forget the counter part where all the collected data is stored to be used by companies for critical business decisions. There’s where x86 based devices fall into place naturally due its unique features.