Finding new IoT applications has become a way of life for many, and powerful x86 processors can be found anywhere from smart refrigerators, tablets and vehicular control systems to nuclear power plant security systems. The first 3 quarters of 2016 have been quite the roller-coaster for the tech industry, with record-breaking mergers, acquisitions and agreements making the headlines every other month. This of course comes from the steady increase in demand for technology and capable behind-the-scenes infrastructure to supports it all.

Companies like Intel have a vested interest in securing systems utilizing their x86 processors, and Intel security (subsidiary of Intel) has also been making some big moves as of late. Now simply named “McAfee” after selling a controlling 51% stake to investment firm TPG, the new cyber security firm is poised to take on the next generation of cyber-attacks. By separating its security division from its $50 billion dollar silicone business, it can refocus its efforts onto emerging IoT applications while not ignoring the security side of things. 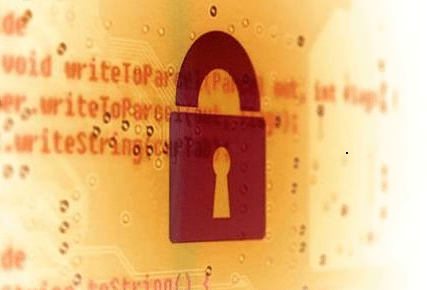 Gone are the days where Cyber security was an afterthought

Cyber security for critical infrastructure used to take simple forms like firewall appliances, intrusion detection systems and of course off-grid critical systems. For the most part these functioned well due to the latter reason, but now with IoT and corporations looking to provide value-added services and functions in extremely competitive markets, off-grid systems are becoming a thing of the past.
Nowadays, corporations rely on not only machine intelligence systems, but security intelligence agencies. And for good reason, as the fast-evolving nature of cyber-attacks and exploits coupled with the immature nature of our AI (artificial intelligence) has not allowed for a self-sufficient security solution.  True security becomes a fantasy in face of 0-day exploits and hidden government backdoors. That’s why some of the fastest growing security companies you’ll find today are analytics and threat intelligence companies like LogRythm. The added security and peace of mind knowing exactly what traffic is flowing out of which ports allows companies to visualize their networks and detect breaches and hacking attempts in real-time.

Internet, automation and computing are taking over every aspect of our lives, yes unfortunately many times that includes our newly-automated jobs. This has created a fertile ground which hackers and malicious entities, who are no doubt combing through it for entry points as you read this. Let’s briefly look at some of the prevalent IoT use cases and the potential threats that loom over them.

Networked devices, like smart light bulbs, present deeper security risks than the immediately obvious criminal uses (i.e. disabling the lights in a home invasion). Due to the simple and often cheap nature of these devices, companies looking to expand their product onto more economical markets might choose to cut corners in security. This means hackers could find easy venues into corporate environments by looking for these insecure devices that can be modified to act as gateways into valuable enterprise networks.

This has some of the scariest implications amongst all the use cases I’ve seen. Smart meters are emerging and providing value-added benefits to utilities like improved efficiency, consumption visibility and overall better service. But this now opens the door to attacks on our networked gas lines, power lines and water pipes. Corporate spies, hackers and cyber criminals will be allured by the prospects of having such capabilities on-hand.

This is another obvious case where security is always at the forefront, yet it still cannot be stated enough. Car hacking isn’t just a myth, it’s a reality and the many successful hacks on modern vehicles have demonstrated the need for a new generation of security measures specifically targeting this use case. Many large security firms have stepped up to the plate in this regard, Intel being a vocal advocate for better cyber security in the automotive industry.

How can we protect these devices?

The endpoints (Iot devices themselves)

Unfortunately there’s no one-size-fits all solution, even within specific use cases like driver-less vehicles. There are many different methods and steps IoT-ready device manufactures can take towards securing their hardware. To name a few: tamper-proofing the hardware, locking down software interfaces, application-layer visibility and protection, controlling the entire supply chain to ensure assembly of uncompromised systems and building systems from ground up with the best security practices.

Just as important to security as the device itself, is the supporting infrastructure that works behind the scenes to debug, update, orchestrate and connect the IoT device to the rest of the world. The application level software used in these systems is only as secure as its underlying infrastructure. This is one area that has been developed into a more mature solution due to efforts trickling down from the SDN/NFV movement. Now security solutions are faster to deploy and scale than ever, using readily available x86 network appliances and software security platforms from reputable vendors. Security systems here take on roles like analytics, event logging, network monitoring, intrusion detection and prevention systems, stateful firewalls and deep packet inspection.

Corporations finally realize nothing will completely stop or deter hackers from modifying their systems. Active analytics/intelligence based security platforms are showing the most promising results in mitigating new threats. But really, this is just another powerful tool in the fight against cybercrime, and utilizing it in conjunction with other time-tested security systems provides added layers of security which are vital in catching unassuming threats targeting our emerging IoT applications and supporting infrastructure.