The Rising Role of Autonomous Security Robots in Physical Security 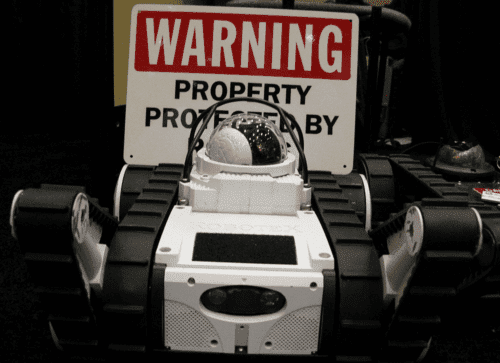 Security is a top concern for many businesses. Protecting assets, locations, property and personnel is all in a day’s work for security professionals working across a vast selection of industries and sectors. One of the key challenges for any organization looking to hire security staff is getting the most out of their money. For many security guards, many of the hours they work are spent doing nothing other than monitoring and patrolling, with time spent actively dealing with intrusions or suspicious activity few and far between. This can be especially challenging when dealing with large areas that require multiple security guards to protect.

What Are Autonomous Security Robots?

Autonomous security robots are automated security and surveillance robots that combine and utilize multitude of different technologies in order to perform security and surveillance operations such as monitoring, reporting, investigation and intruder detection. Typical automated surveillance robots will make use of electrical motors, digital or network (IP) cameras and microphones, sensors, motion detectors, GPS navigation equipment, some sort of image recognition software, weather sensors and a computer to perform the tasks required of them. They can also be specifically designed for indoor or outdoor use, with outdoor models typically using more rugged materials to better endure outdoor environments. Different manufacturers and models also have different designs and layouts when it comes to mobility. Some autonomous security robots travel around using traditional motorized wheels whereas others utilize tank-like tracks in order to navigate the environment. The type of robot used likely depends on each individual use case and the overall security objectives of businesses who invest in these solutions.

The roles in which autonomous security robots are being applied today range from basic monitoring practices to acting as “force multipliers” for traditional security teams. Using WiFi or wireless network communication to send and receive data, automated surveillance robots are capable of communicating with other autonomous security robots as well as being remotely accessed by authorized security personnel who could then monitor the robot’s cameras, microphones and other data sources. Being able to remotely access a security robot’s cameras, microphones and sensory data allows security operators not only to assess and react to unfolding situations quicker and more effectively, but also allows for mobile surveillance to enhance coverage and monitoring capabilities. A lone security professional can only be in one place at a time, and if that place isn’t a security control room, their access to security and surveillance data is severely limited. With autonomous security robots that can be remotely accessed, security personnel don’t need to be in a control room or designated monitoring area to access live security footage as it can be accessed via their smartphone or tablet.

Robots in the 21st century are vastly more mobile than their 20th century predecessors. The ability to not only move in a stable manner, but also navigate complex environments and detect and report anomalies in that environment is one of the biggest reasons businesses and organizations looking to enhance or expand their security operations are now looking towards automated security robots. Built-in navigation systems allow robots to accurately place themselves in a geographic location and a combination of cameras and sensors assist in navigating complex or difficult terrain. Internet of Things (IoT) devices and sensors could also be used in conjunction with security robots to further assist with navigation and mobility. 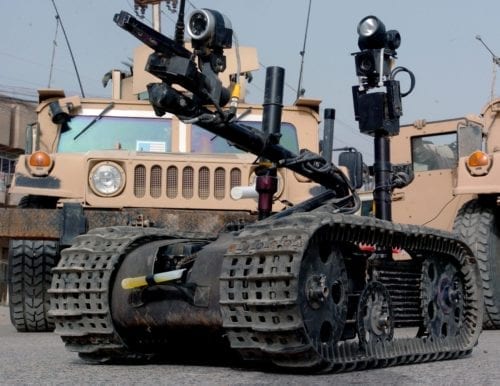 Any kind of technological solutions being considered by an organization will almost always be subject to the same line of financial questioning; “Will it bring a return on investment?” This question is vital when considering whether to hire an extra human security officer or invest in an autonomous security robot. Automated security and surveillance robots look set to become an increasingly popular option for businesses that require a boost to their security operations but can’t quite find the budget to hire and support a new human member of staff. Autonomous security robots could even work out vastly cheaper than employing extra staff if other IoT technologies and benefits, such as using sensors and data for predictive maintenance purposes, are used in conjunction.

A lot of the time, security and surveillance work is done out of regular working hours. This can often mean that security staff are much more regularly exposed to long periods of time spent alone and irregular working hours. These working conditions have the potential to be detrimental to people’s ability and cognitive functions, making the work they do less accurate or reliable. Autonomous security robots do not suffer from fatigue or stress and are unaffected by long hours alone. This makes them ideal for supporting security roles or to act as a back-up in cases of human error.

One of the biggest reasons why robots of the 20th century were so cumbersome and useless was to do with their reliance on individual programming and direction. A robot that needs to be told what to do and then how to do it is no use to anyone looking to automate and streamline their industrial operations. The automated security robots of today are able, thanks to advances in wireless communications and Internet of Things technologies, completely integrate into existing security and surveillance systems. For example, if a business is already using an IP surveillance set up, an automated security robot could be authorized to join the computer network being used and their video footage and data could then be accessed by those authorized on the network.

Robotic Security in a Robotic Future

As we’ve now seen, there are a growing number of reasons why more and more businesses and organizations may begin to look firmly towards autonomous security robots as the automated solutions to their security and surveillance requirements. While the robotic imaginings of great Sci-Fi writers such as Phillip K Dick and Issac Asimov have yet to materialize, innovations such as automated security robots could fuel the engine of development that eventually leads us to the building of fully automated, self-aware machines. While such creations are still a fair way off, it is no less exciting to see what could potentially be the foundations of such machines being rolled out today in the form of autonomous security and surveillance robots.