Evolve and Adapt: The Network Equipment Industry In The SDN Era

It’s becoming harder for traditional network equipment vendors to compete with the freedom, low CAPEX and sheer flexibility that software-defined networks bring to the table. Proprietary hardware-based solutions from vendors are continuously losing out to open source software solutions deployed on top of much cheaper, open hardware like x86 network rackmount appliances.

Linux, the largest open source collaborative project, is at the heart of most of these software-defined solutions. It is easily the most widely adopted piece of software in the world; owing most of its incredible popularity to its incredible flexibility, and with no better word to describe – openness. The wide adoption and proven stability have no doubt cemented the software’s position during this move towards SDN and the IoT.

If demand is so high, why haven’t complete SDN systems appeared within the highly competitive telecom industry yet?

Virtualization is nothing new, but SDN and NFV (Network Function virtualization) are still developing and relatively new technologies. The intimidating number of network functions that a modern network utilizes, not to mention the complexity of virtualizing them all in a usable and efficient manner, has made this undertaking impossible for any single company. Indeed it was only through collaboration from the largest players in the industry (Verizon, AT&T to name the key proponents) that this monumental shift was even considered.

Even then veteran engineers involved in the projects are still unsure if full SDN will come to fruition (I’ve heard limitations in openstack being cited, and uncertainty in current architectures ability to efficiently virtualize the remaining functions). These are only current hurdles though, and capable companies like Verizon have been meeting their goals year after year in regards to % of infrastructure virtualized. 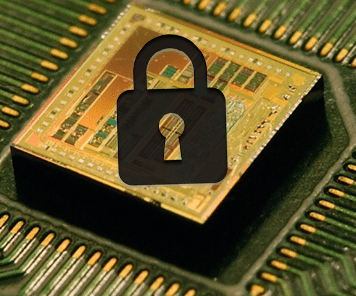 ASICs (Application-specific Integrated Circuits) have dominated the telecommunications industry for a long time, and for good reason- they excel at the specific tasks they are built for. Since x86 processors where nowehere near as powerwull as they are now, achieving the level of virtualization and abstraction that SDN requires would have been impossible. So our networks where built using dedicated hardware components built for the tasks.

Companies are constantly on the lookout for new sources of revenue and innovative applications that could give them the competitive edge. Even if proprietary ASIC hardware continues to beat out virtualized software solutions on raw performance, the limited nature of these traditional systems has made them far too inferior to Software-defined solutions in the race towards Industry 4.0 and the IoT. X86 processors have come a long way, and with transistor sizes reaching their very limits- directly increasing power efficiency, they are now powerful enough to take on the time-critical functions needed for big telecommunications.

So where do specialized network equipment vendors stand?

The highly competitive nature of this industry does not allow companies to sit idly by, and unable to turn a blind eye to promising SDN/NFV technologies many have adapted or even adopted SDN into new offerings for the exploding market. Even if companies like cisco choose to develop their own proprietary equivalent (hint ACI) it’s essentially employing an SDN and NFV architecture to do so under a different name.

Another direction, and vital component in SDN, is in the form of VNF (Virtualized network function) and NFV vendors. Now that the telecom industry has been moving towards decoupling software from hardware systems, network equipment vendors have also evolved from proprietary hardware solutions to vendor-supplied software. These software systems are running on common x86 network appliances (due to the high port and processing power density these appliances possess, example below)

Companies that pull the trigger on the move to open source technologies will most likely look at any proprietary vendor locked solution as a liability, and understandably so. That’s where white box vendors come in. The ability to have complete visibility and control over the network provides benefits to service providers that could easily outweigh any increased CAPEX upon correctly deploying these types of solutions, not to mention the extreme savings on the OPEX side. One obvious early sign of this migration is the prevalence of virtualized consumer premise equipment being deployed on x86 rack mount network appliances (either on the cloud, on-premise or hybrid architecture)

With companies moving away from vendor-locked proprietary solutions, these x86 rackmount network appliances have been appearing to satisfy the technological shift. They contain no software aside from the BIOS, and instead offer a platform to deploy software-based systems in a plug-and-play fashion. This makes them extremely appealing for the large deployments done in service provider networks, as it greatly reduces repair time and provisioning related costs.

Outside of the big Telecom sector, enterprise business networks are currently employing these appliances on the edge of consumer networks in the form of vCPE’s (Virtualized consumer-premise equipment). Since enterprise networks are always upgrading their systems to deploy new IoT applications and services, they are the ones that benefit the most from virtualizing their comparatively expensive on-premise hardware.

Why not utilize benefits from both ASICs and x86 processors?

There are in fact hybrid hardware that takes leverages ASICs to provide a high port-density SDN network appliance, Example below:

These are called “whitebox switches”,  integrating both an x86 processor and ASIC packet processor. Think of it like a one size fits all appliance for the networking world, just plug it into the network, push the software onto the device to give it the function(s) you need and done. You can see this kind of hardware in large spine-leaf networks.

Although the rise of hardware neutral network applications has made apparent the impending obsolescence of vendor-locked solutions, I believe specialized enterprise network equipment will never truly vanish. As the current limitations of NFV, the open stack architecture and SDN orchestrators become more apparent several niches for custom high performance hardware will inevitably develop to fill in the gaps, if at least for the time being. Most companies will move to a more Software service-oriented support model, while select few will choose to remain in the networking hardware industry. A great example are the high capacity white box switches that are appearing, which combine a Broadcom switch ASIC, and either a Freescale or an x86 CPU to provide an onboard Software Defined Networking solution. We will be seeing an increase in these types of appliances and soon most network equipment vendors will switch to a software model to enter the emerging NFV market. 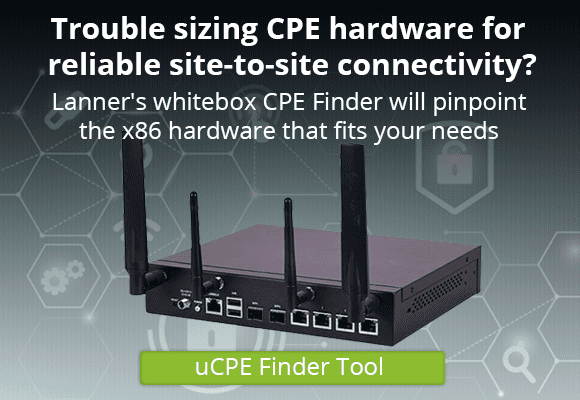