IoT technologies are now fast becoming part of most activities and functions we perform as individuals, organizations or as societies, creating ever increasing number of benefits for everyone across the board. But its very basic characteristic of connecting every thing on the internet for achieving automation and efficiency, brings with it the increasing risk of cyber attack vulnerabilities.

In this article, we’ve put together our collection of the top 9 IoT security trends to watch out for in 2018, so let’s jump straight in.

With the recent news of the Meltdown and Spectre vulnerabilities being discovered to affect nearly every computer on the planet, it can be expected that much more focus and research will be put into discovering other potentially catastrophic flaws in microprocessors and other technologies that modern computing relies so heavily upon. What is also likely, unfortunately, is that any new vulnerabilities found will probably be just as bad, if not worse than either Meltdown or Spectre.

With the expansion of the Internet of Things will inevitably come an enormous increase in the number of connected devices, with current forecasting putting estimates into the tens of billions by 2020. This means that the number of vulnerable devices will also no doubt increase, meaning hackers have a much wider selection of “things” to target as well as attack vectors enabling them to exploit the vulnerabilities within a system or network. Expect security solutions for IoT and smart devices to feature heavily throughout 2018.

Malware and ransomware continued to propagate throughout 2017 and will continue to do so into the foreseeable future with thanks to new hybrid amalgamations of malware strains that combine distributed denial of service (DDoS) and other types of attacks in what has become known as “synthetic malware.” As these attacks could theoretically combine any number of different strains, they could be very difficult or even impossible to detect or neutralize. With increased numbers of IoT devices will also likely come an increased variety in the different types of ransomware attacks being deployed by hackers. 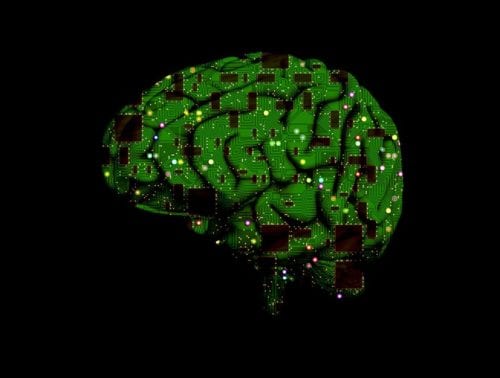 While this isn’t as scary as it first sounds, AI used in cyber-attacks could have devastating consequences. As artificial intelligence (AI) and machine learning technologies are becoming more refined, their potential applications are also growing. Eventually, we may see AI or machine learning tools and platforms being used to orchestrate automated attacks with little or no human hacker intervention needed. As AI and machine learning become increasingly used within cyber security operations, it makes sense to assume that hackers will without a doubt try to exploit this technology for their own gains. As such, we will need to be prepared for cyber-warfare-focused AI technologies.

While interest in quantum computing continued to rise throughout 2017, much work still needs to be done to ensure security for quantum computers while also ensuring IoT devices aren’t left irreversibly vulnerable by the introduction of new quantum security measures. While current encryption methods will still be useful for the foreseeable future, at least until significant leaps are made within quantum security, it remains to be seen whether older devices will be capable of such security upgrades.

6.   Hackers Will Target Much, Much More

As previously mentioned, the huge predicted increases in the number of IoT technologies and connected devices means that hackers will be spoilt for choice when it comes for potential entry points into a network or system. As network connectivity is extended to more and more every-day and workplace objects and equipment, the security of these devices will need to be carefully considered so as to not easily allow hackers access. For example, in 2016, the Mirai botnet took hold thanks to insecure IP video cameras that helped it to become one of the strongest botnets on record.

Speaking of botnets, expect to hear about them a lot more throughout 2018 as virtualization becomes an increasingly common practice. As well as increase in botnet activity, experts such as global security strategist, Derek Manky, of Fortinet have stated that we will also begin to see the replacement of botnets with what have been dubbed self-learning “swarmbots”, that can be driven by hivenets, a dangerous new variety of upgraded IoT-based botnets that have been coupled with swarm-based technologies and machine learning capabilities.

As automation of some kind seeps into every industry on the planet, it would seem logical to predict that IoT-based cyber-attacks would go the same way and slowly begin to become more and more automated. The previously mentioned hivenets are an area of particular concern and will need to be appropriately dealt with. Systems that enable automation within industrial settings such as manufacturing or agriculture will also need to be adequately secured in order to protect them from the more advanced types of cyber-attacks they will likely face in the future.

One of the biggest concerns that has arisen from the rapid expansion of IoT-based technologies as well as IoT-focused cyber-attacks is that of the security of personal and sensitive data. Privacy is undoubtedly becoming more and more of a concern for both hardware and device manufacturers as well as end-users, and as such, privacy-by-design frameworks have begun to be implemented by various developers and manufacturers. The future of the Internet of Things will depend on how much people trust the connected devices within it with their personal and sensitive information and data.