Intelligent transportation systems (ITS) are quickly becoming a vastly connected network of smart infrastructure that provides the circulatory system to many up and coming smart cities. Two of the most promising technologies that will be looked upon to fully bring about the smart city vision are edge computing and 5G wireless networks.

In part one of this three-part series on intelligent transportation systems, we looked at the effects of the Internet of Things (IoT) revolution and how the introduction of increasingly connected devices and technologies was enhancing the abilities and operational performance of ITS systems and their component technologies in several countries around the world. 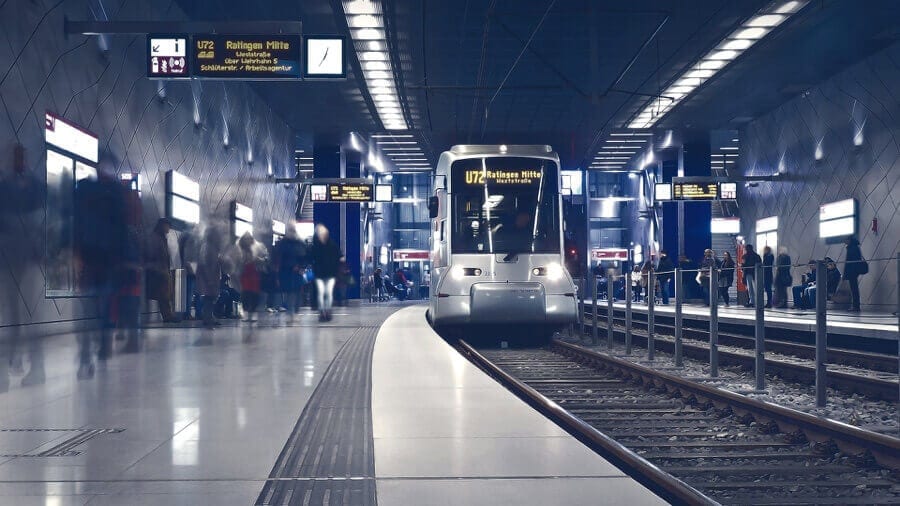 Smart cities and intelligent infrastructure are just a few of the ways in which data-driven technologies have become steadily more engrained into our way of life. While all intelligent transportation systems rely on data to function to their optimal ability, not all of the towns and cities where they are found can be described smart cities.

As intelligent and connected devices continue to become more prominent within our towns and cities, these additions will add new sources of information to collect from as well as more potential destinations to pass data on to. With the amount of data begin generated only growing, ITS systems will need ways and means of dealing with this traffic efficiently.

The use of edge computing is one proposed solution to this problem as this would allow for much of the data being collected to be collected and processed much closer to its source and, in some cases, even within the edge device itself. This would allow for less traffic needing to be sent to the cloud and therefore reduce traffic loads.

When coupled with 5G wireless communications networks, these technologies could significantly reduce data sharing and latency by introducing much more capable communication networks into the equation. Smart city infrastructure will likely come to heavily rely upon 5G networks to connect its various components so don’t be surprised as you start to see more and more 5G technologies begin to hit the market.

C-ITS, or cooperative intelligent transportation systems, are ITS systems that use wireless communications technologies to allow vehicles to communicate with each other, traffic signaling systems, and other roadside infrastructure in order to increase the amount of high-quality traffic and transport information and data available to drivers and other road users.

In order for more advances concepts within automation and artificial intelligence and machine learning to become feasible for the future, the component technologies making up cooperative intelligent transportation systems will need ways and means to communicate amongst themselves in order to provide up to date data and information about traffic and transport situations.

Using short-range communications, vehicles are able to communicate data about their positioning, speed, and direction to other connected vehicles and infrastructure, generally at a rate of 10 times per second. With 5G wireless communications systems lingering on the horizon, it’s easy to see why C-ITS will play a large part in the adoption of 5G wireless networks across intelligent transportation systems.

Automation will undoubtedly play a huge role in the development and emergence of enhanced and improved intelligent transportation systems. As the Fourth Industrial Revolution drives us into an age of vast swathes of actionable transportation data, automation technologies will be the key to unlocking the value of all this data.

Automated vehicular prioritization systems, traffic management, and even autonomous vehicles and driverless cars will come to depend on a sea of vehicular data in order to operate both safely and efficiently.

Both edge computing and 5G wireless networks will be required to make this feasible and the progress of elements covered earlier in this article will likely begin to provide clues as to how and when we may begin to see the first iterations of driverless vehicles hit the market.

In the final part of this three-part series, we’ll be looking at autonomous vehicles, their benefits, and some of the challenges holding them back as well as detailing how these challenges are being met.