How Industrial IoT Devices are Creating Safer Workspaces Within Manufacturing

The Internet of Things (IoT) is currently revolutionizing practically every industry it is becoming a part of and, as the technologies that enable it have become more advanced, their specific applications within industrial settings have grown significantly. Within the manufacturing industry, one of the biggest areas that IoT devices and technologies have influenced is that of work place health and safety. Using the various benefits provided by Internet of Things devices, manufacturing enterprises are currently transforming the way in which they approach employee safety by utilizing IoT technologies such as sensors and cameras as well as their big data and analytics capabilities.

In this article, we’ll take a look at five ways in which Internet of Things devices and technologies are improving work space safety within the manufacturing industry as well as delve into some safety innovations that IoT technologies could enable in the not too distant future. So, let’s jump straight in.

IoT-powered locational devices are becoming an increasingly common feature of employee safety among organisations and enterprises within manufacturing and many other industrial sectors. Networks that are able to use GPS tracking of smart IoT devices to keep track of both employees and assets are able to monitor and record the movements so as to ensure materials are never taken to areas where they may pose a hazard or that staff do not venture into the vicinity of machines and equipment or processes they are not trained for or protected against. Location systems can also be used to collect data on the movement of vehicles or personnel within the facility and map out areas that are the most heavily travelled or populated for enhanced safety planning and preparations. 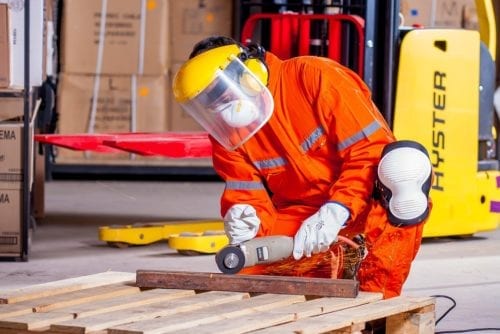 Wearable technologies such as smart watches, helmets, ear muffs, and an assortment of other sensors and monitors are all being utilized within manufacturing for safety applications. Ear muffs, for example, are traditionally used to block out excessive noises that are often found within manufacturing facilities. However, using IoT and wireless communications technologies, noise-blocking ear muffs can be outfitted with effective audio communications systems to enhance communications within loud environments. Body monitors can also be used to monitor worker fatigue and send alert their wearers when they detect certain signs that could indicate workers are unsafe to operate machinery.

While manufacturing personnel are now able to equip themselves with wearable IoT devices, the equipment itself is now coming with built in IoT devices for applications that span not only health and safety, but also areas such as security and surveillance, automation and predictive maintenance. Sensors embedded within equipment and machinery are able to alert operators when specific criteria that may indicate a malfunction or need for maintenance are met. Smart lockout features on equipment are also an effective way of reducing workplace accidents by ensuring that only personnel qualified to use certain equipment or machinery can do so. 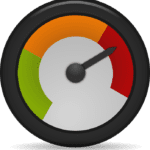 Manufacturing facilities can be extremely hazardous places with various dangers occurring from both environmental and technological standpoints. IoT devices such as heat, moisture, pressure, or noise detectors can alert staff and personnel when certain environmental hazards such as temperature or technological dangers such as over pressurization are detected.  These technologies can also be used to detect levels of gas and particulates within the environment and could also be used to detect natural gas or other substance leaks within a facility, and communicate all that information through an Intelligent Industrial IoT Gateway to the supervisory dashboard applications and analytics in the cloud. When anomalous levels are detected, Gateways are then able to send alerts and notifications to connected devices of appropriate personnel as well as to the actuators for the required action to ensure safety.

One of the biggest benefits of Internet of Things technologies is the huge leap in connectivity they can provide. Machinery, equipment, vehicles, personnel, and central networks can all be connected to enable the streamlining of manufacturing processes. Remote management of various manufacturing aspects also allows manufacturers to more efficiently deal with their workload without being tethered to a specific location or facility, an increasingly desirable trait for many businesses and organisations. Automated alerts also offer the prospect of real-time safety information being delivered directly to staff through their personal protective equipment (PPE) in order to enhance and improve work space safety within manufacturing.

Reducing financial costs as well as the potential for workplace injuries while also increasing staff productivity is one of the many drivers for the adoption and application of IoT devices in safety-orientated roles throughout manufacturing plants and facilities. The data they provide is also being used to further enable safety improvements throughout the industry and, with the advent of increasingly capable and agile networks, the number of connected devices collecting this data is likely to skyrocket over the next few years. If this is the case, and it looks likely, we can expect to see many more variants of industrial IoT-enabled safety devices and technologies being adopted throughout the manufacturing industry.

Advances in software-defined networking, wireless communications networks, and machine learning and artificial intelligence technologies will likely bring further automation and intelligence to safety within manufacturing facilities. Recognition systems within wireless IP cameras could alert operators that a certain member of staff was acting suspiciously or misusing company equipment, then automatically warn that employee that their behavior is being monitored in the hopes of acting as a deterrent for unsafe behavior. The potential for safety-based technologies has never looked more bigger and, with the continued growth of the Internet of Things, it’s likely we’ll all eventually find ourselves being looked out for by automated, intelligent, IoT safety technologies.