9 Cyber Security Trends to Watch Out for Going Into 2019 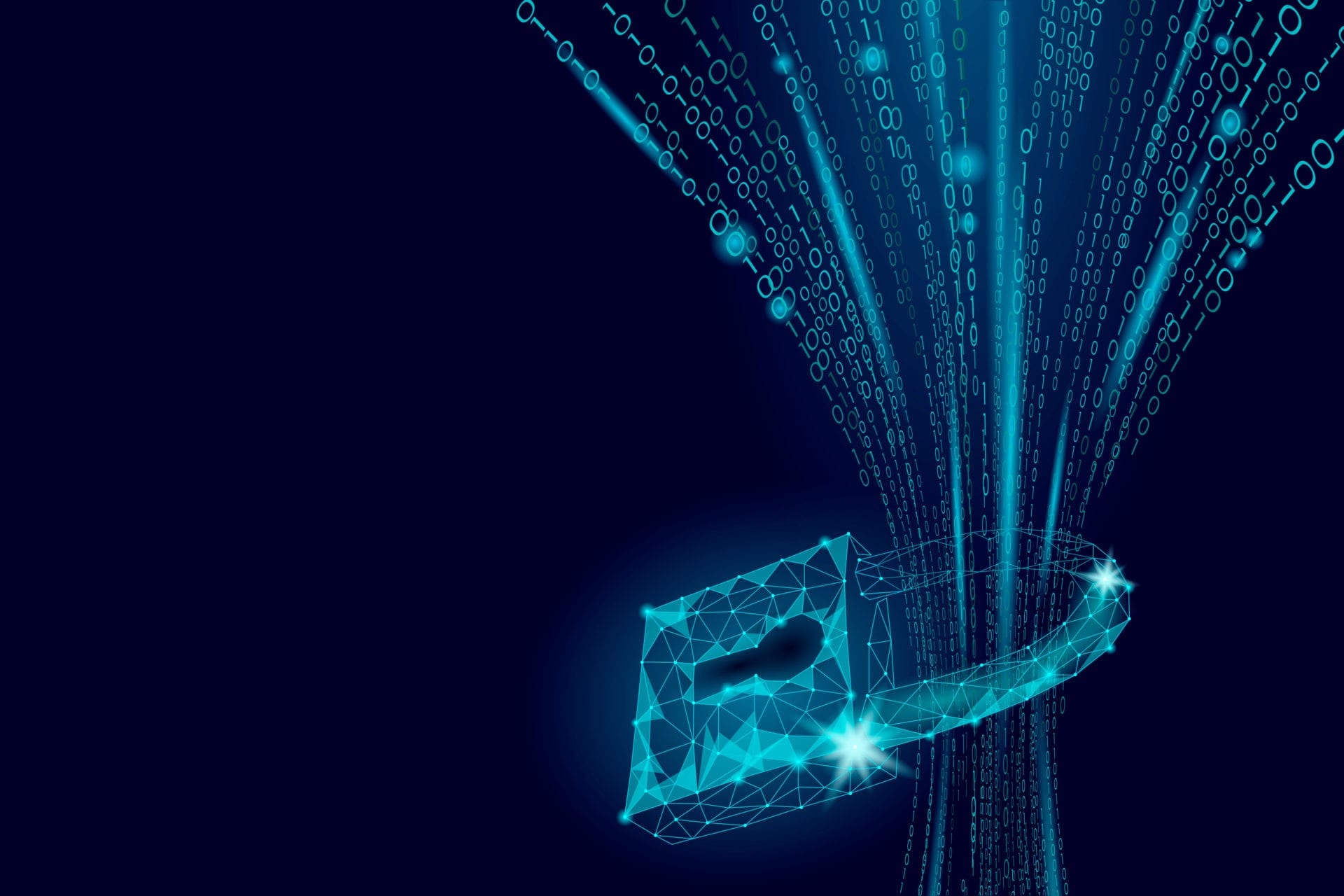 Over the past few years, cyber security has become an increasingly essential element to the everyday operation and management of nearly every kind of institution, enterprise and industry on the planet.

As the Fourth Industrial Revolution rolls on, the role of cyber security in both our work and personal lives appears set to expand even further.

With the growth of the Internet of Things (IoT), software-defined wide-area networks (SD-WANs), advanced automation and artificial intelligence (AI), the technological systems we use and maintain have never been so complex, nor so vulnerable to attack.

On the flip side, the tools and technologies used to attack, infiltrate, sabotage, and steal have never been more advanced or capable of both digital and physical destruction.

In order to deal with both the heightened risk and vulnerability posed by the integration of new, cutting-edge technologies, cyber security experts, service providers and equipment manufacturers are having to create and develop new ways in which to combat the threats the face.

Using new technologies in combination with improved integration and automation systems is hoped to provide some answers to the ever-increasing issue of cyber security.

In this article, we’ll be listing nine cyber security trends to watch out for as we approach the end of the year and the start of 2019, so, let’s jump straight in.

Owing much to an increasing awareness of high-profile attacks and newly introduced regulations such as the EU’s GDPR (General Data Protection Regulations), more and more businesses and organizations are looking to ways in which they can improve their cyber behavior and hygiene.

Some of these solutions can include improving online and cyber training for all staff and employees as well as IT training for contractors and third parties involved in the maintenance and operation of essential equipment and networks.

This can also include raising awareness of insider threats and alerting staff of what to do if they are contacted for this reason.

Keeping staff up to date on the best ways to stay safe and secure while using potentially vulnerable technologies and equipment can help to create a ‘security-first’ mindset and enable people to recognize and detect threats and vulnerabilities quicker and alert the relevant authorities.

The expansion of the internet of things and the growing use of smart IoT devices has meant a sharp increase in the vulnerability of these systems and their connected devices as many do not come with security software included.

This means that customers will often need to seek out their own protection, a task which can often be found pretty low down on their priorities list.

However, with the increasing awareness thanks to high-profile attacks mentioned above, more and businesses and organizations are beginning to take a new, proactive approach to cyber security so as to ensure the integrity of their operations and services.

As more and more IoT technologies and smart devices are adopted and integrated by businesses and enterprises, attack vectors within those companies will continue to grow and measures will need to be taken in order to prevent and deter both attacks originating externally and those coming from within.

Most Industrial IoT applications involve critical infrastructure sectors that are extremely high-value targets for hackers. Implementation of IoT in these environments is much more complex, as it amalgamates a wide range of technologies from different generations and breeds. IoT edge computing devices are becoming ubiquitous as large amounts of data needs to be processed and analyzed at the edge for cost-effective use of edge-to-cloud infrastructure. With 4G/LTE powering expanded wireless coverage for remote assets and 5G around the corner, more computing tasks can now be performed at the edge. Companies deploying edge computers or gateways for applications such as ICS/OT security, edge virtualization, remote monitoring or data collection are looking for platforms that offer superior protection for credentials and IoT software through hardware roots of trust embedded in the system.

TPM 2.0 is one such example of firmware level Hardware root security. TPM 2.0 increases hardware level security in the x86 embedded systems while enabling trusted computing environment in the IoT network. Lanner’s LEC-6041 is one such example of an x86 Industrial IoT Gateway that offers TPM 2.0 for secure IoT or Cyber Security application deployment. 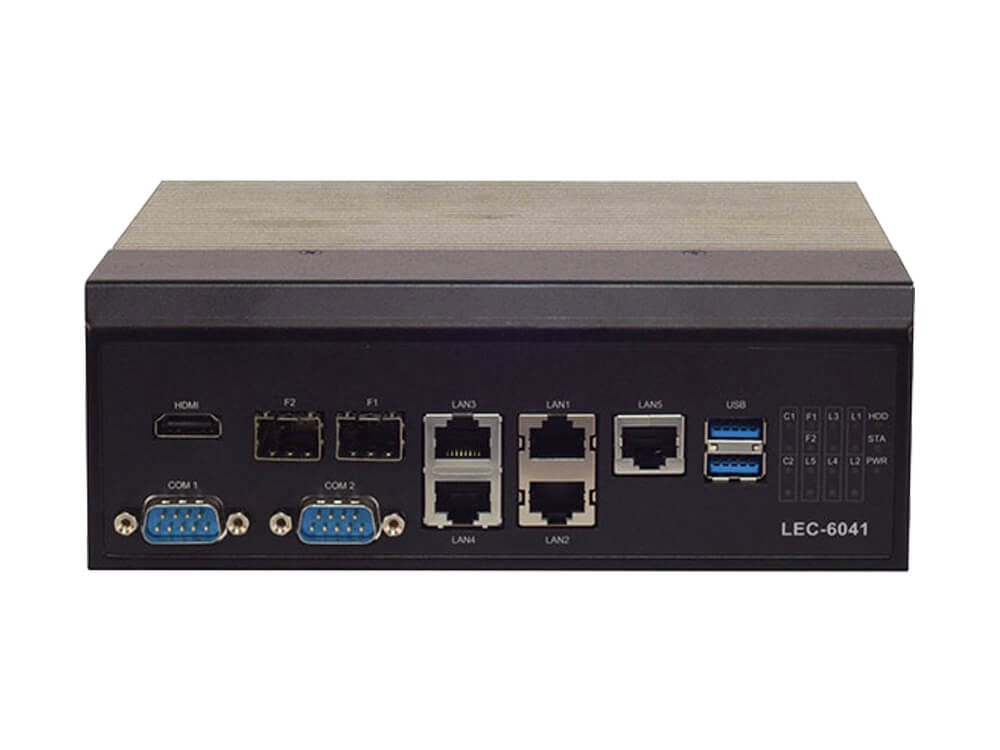 As technologies develop and evolve, hackers are bound to experiment and play around with different tools and equipment to try and see how best to apply and utilize them to meet their ends.

With devices and software becoming increasingly intelligent, it seems highly likely that hackers have and will begin to develop increasingly powerful tools to assist them.

Technologies such as automation, AI, and advanced remote access systems could all become increasingly powerful tools in the hacker’s arsenal and, as cyber-attacks become much larger in scale from increasingly well-equipped origins, it is probable we will begin to see much more of them in future attacks.

In fact, it is quite likely we will begin to see an increase in scale of cyber-attacks as a whole due to these factors as well as the exploitation of both known and as yet unknown vulnerabilities within existing systems.

These avenues are already opening up as we’ll see in our next entry on this list.

Artificial intelligence and cyber security are no strangers to each other in the age of the Fourth Industrial Revolution, with AI being used in various advanced cyber security systems to detect anomalous behaviors and predict when and where future attacks may occur.

AI systems are also capable of running the signatures of suspicious traffic through a plethora of databases in order to detect similarities with known hackers, attacks, or malware.

However, we may soon begin to see artificial intelligence turned around and utilized to attack the very systems it has been trained to defend and protect.

Using AI-controlled swarms of bots running from compromised computers running virtual machines (VMs) hackers would pose an unprecedented threat to whomever they chose as their target.

The future of cyber security could very well involve training AI cyber security systems to detect and defend against either a single attacking AI or multiple attacks from various different AI-powered attacks.

Blockchain technologies have become an extremely exciting area of development thanks in large part to a heightened awareness of cryptocurrencies such as Bitcoin and Ethereum.

In fact, there is much debate about the use of blockchain technologies within a cyber security remit and many developers are beginning to experiment with this concept.

Issues like privacy are a big factor in why blockchain technologies have become so popular over the last few years.

With a regular credit card transaction, you’ll need to involve your bank at some point along the line who will likely gather and collect data on you and about the transaction.

With blockchain, there’s no need to involve a bank as all parties have an immutable ledger which records the transaction.

It looks exceedingly likely that blockchain technologies will begin to shift the balance of power, particularly in online financial environments, when it comes to cyber security and we should expect to see the utilization of this technology become much more mainstream over the next couple of years.

As we collect more and more examples of why adequate cyber security measures are essential these days in the shape of high-profile attacks and massive data breaches, lawmakers and officials all over the world are beginning to take notice of cyber security developments and debating introducing them into law.

Regulations such as the GDPR have already been introduced that give individuals much more freedom and control over the use of their data while ensuring some of the more insidious ways in which companies used to collect data, such as the assumption of consent through inaction, are now being stamped out.

As well as data protection regulations, we may eventually even see minimum protection level legislation introduced as a way of encouraging both investors and developers of these technologies to include them in their available products and packages.

We could also begin to see the introduction of cyber-crime insurance, which we’ll detail separately.

As our world begins to rely more and more on digital and virtual systems that are, for the moment, increasingly vulnerable to cyber-attacks, it is likely insurers will begin to offer out cyber security insurance for those looking to cover themselves in the event of a cyber security breach or attack that their security systems and software could not detect or prevent.

While coverage is still an area of uncertainty as to what will be included and what will cost extra and so on, 2019 is expected to be the year in which insurers begin to roll out their cyber packages to customers.

Offerings will likely target those with a knowledge or awareness of the kinds of cyber threats facing them and could be another way in which legislation regarding minimum protection levels could be introduced.

The idea of minimum levels of cover for certain critical infrastructure may well begin to catch on very soon.

9)   The IoT Challenge Will Continue

By far on of the biggest challenges posed to cyber security over the next few years come from the continued expansion and development of the Internet of Things.

As more and more connected devices are integrated into our everyday work and personal lives, the risks posed by a significant cyber-attack or a catastrophic data leak are increased with the use of the potentially vulnerable devices we connect with and rely upon for our everyday work and social lives.

With more and more devices expected to be become connected to us over the next few years, cyber security efforts will have to be ramped up in an effort to reduce the risks posed by this and better protect those devices we do decide to integrate.

The future of cyber security looks to be increasingly driven by the IoT, artificial intelligence and automation. These technologies, when used in combination have the power to both protect and pervert our cyber security efforts and thought will need to be given to how best to ensure they do not fall prey to those utilizing them for their own benefit.