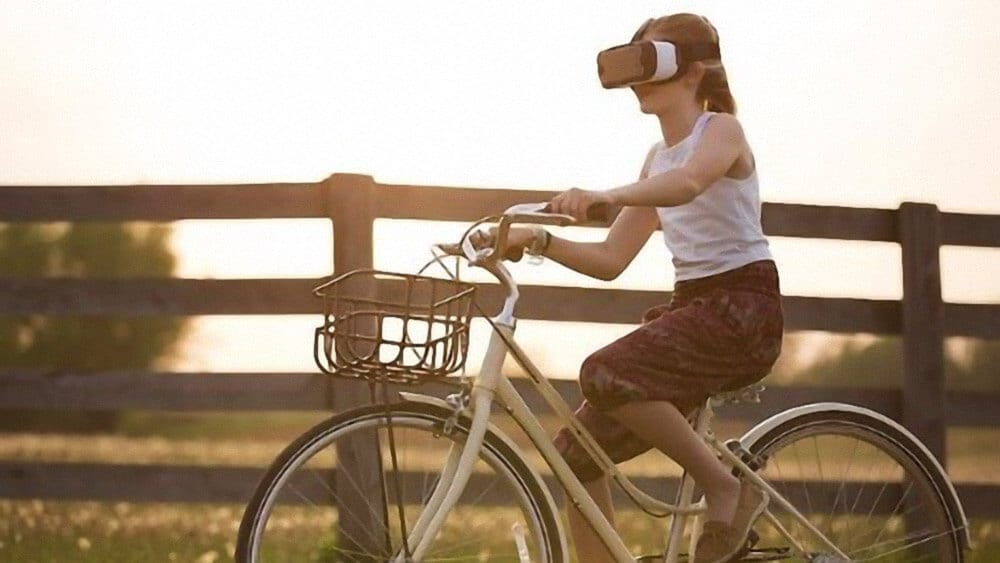 The first experiments, in the field of self-driving cars, started back in the 1920s, many years before the internet was even dreamt of. Similarly, technological advancements in computer and smartphone screen technology have developed the way we can see moving images from fairly ordinary 360p (360 lines of data shown on a screen) content, through 720p levels, the 1080p standard and now, the current best in class option, 4K, have come a long way in the same time period.

Each of these developments, when observed from a distance has grown exponentially and each has benefitted from technological advancements in other fields, notably and especially computing power per dollar, and most critically of all, in internet infrastructure.

One of the biggest pieces of infrastructure, offering a platform supporting the evolution of all technologies, including screens and self-driving vehicles, is the mobile data technology available from mobile network providers – phone companies to you and me.

In many ways, the services we are provided have been tied to the transmission technology that was available at the time. Each digital service we have been provided has evolved in line with the speed with which mobile networks can deliver video files, now streamed, to users.

In the days of dial up phone line connections, for example, there could be no Netflix. MP3 file sharing, on the other hand, took off when home broadband connections and 3G mobile networks allowed those files to be transacted in timeframes acceptable to human beings – something under a minute.

As a result, telcos (telecommunications companies) have played a huge, often under acknowledged role, in the development of every breakthrough technology of both this century and the last. Now, with high definition TV available, driverless cars visible on the horizon and ‘Mixed Reality’ a technology which is showing promise, mobile networks are more important than ever. In this article, we take a look at the integral role mobile networks will play in delivering these advancements.

How faster data speeds will underpin the next generation of technology

Volkswagen is a good example of a company which is waiting on next generation communications technology, to empower its strategic goals. Specifically, they want to use 5G to deliver safer driverless cars.

According to the German manufacturer, 4G LTE (Long Term Evolution – the current standard for mobile data transmission, delivering home broadband speed to enabled phones) data transmission services can be used in automated cars, but only to a limited degree.

To make their cars fully autonomous, Volkswagen know they need a stronger and even more powerful network. Here’s why.

The time taken, for 4G networks to initiate a connection and transmit data is, on average, around 60 milliseconds. In the industry, this window of time, from initiation to data flow is called ‘network latency’. While 0.06 of a second might not seem long, when it comes to driverless cars, it can be a lifetime.

Consider a Volkswagen Golf, travelling at 60 miles per hour which, using it’s on board sensing equipment, ‘sees’ a pram roll in to the street. In 0.06 seconds (the 4G latency window), the car will travel for nearly 2 meters while the data connection, back to base, where processing of the pram/roll image is established, let alone the image itself communicated.

In short, 4G simply does not offer session initiation or data throughput speeds Volkswagen require, to underpin autonomous driving. To make the solution workable, given current technology limitations, would require to in car access a local broad bank of data collected over time, which could analyses images and correctly identifying those containing the nebulous concept of ‘threat’. In a 5G world, however, that threat assessment can take place in the cloud, with 10x the current speeds and a promised latency of 1ms, analysis outside the car suddenly becomes possible without fear of accidents.

5G, offers almost zero latency. In ‘real life’ testing, 5G mobile data networks are able to initiate a data session in under 1/1000th of a second.) The resulting safety improvement, to Volkswagen at least, is substantial.

Volkswagen believe that 5G will allow its cars to act in ‘swarms’, communicating with each other, as well as services such as traffic lights and road sensors, to optimize traffic throughput. In the event of a potential accident, between 2 autonomous vehicles, one car may well ‘inform’ another, over their shared 5G network connection, that it is skidding, and suggest both vehicles involved to ‘pop’ the onboard airbags.

While much of today’s autonomous vehicle work is being done on private roads and at slow speeds, connecting driverless vehicles to 5G networks will give them a whole new level of facility and safety.

Likewise, 5G will better support vehicle maintenance. An average autonomous car will generate several Terabytes of data in just a single of journey, collating information on everything from tire pressure, to engine component wear and tear. Once that data is uploaded, again, to the cloud for analysis, faults can be anticipated, real time maps can be created, (perhaps showing the location of roadworks which have sprung up but are not yet reflected in on board cartography banks), and detailed congestion information can be transmitted to other vehicles on the road.

5G will allow network providers to prioritize (and deprioritize) different types of network traffic. In circumstances, for example, under which a user requires maximum speeds, either for an MR simulation of how to perform CPR in an emergency, 5G networks can guide data flows through quickly, providing a seamless experience for the user, without juddering or stalled images.

For other, less time critical applications – transmitting an email attachment, for example, traffic can be queued until there’s enough bandwidth to get the message through.

In the background, a rising number of smartphones now have 4K screens and streaming mobile video services is becoming more common – especially among younger generations who have grown up to expect that they can do everything they can in their homes, while they’re on the move.

5G will be integral to mobile video, too. Downloaded or streamed videos need render as quickly as possible, ideally with no lag at all, if they are to be considered a worthy experience. 5G will allow a single data stream to be sent to hundreds or thousands of devices at once, rather than requiring a dedicated channel for each, offering enormous efficiencies for video broadcasters and their users.

In many senses, BlackBerry email enabled phones were the grandfather of every smartphone on the market today, from either Apple or Samsung. RIM, who invented the BlackBerry, used what was, at the time, and despite the fact that their company started selling the product in volume only 15 years ago now, a very slow mobile network.

3G, again, brought to market only a decade ago, enabled basic video conferencing between mobile devices, and started the now familiar use of streamed music services on mobile devices.

4G has given us smooth streaming video downloads, from YouTube and Hulu on our phones.

In each step of these evolutions, new cellular network technology led to an explosion in the services which could use it.

5G networks will be commercially deployed around the world, starting next year and this network, too, designed for a future with the ability to have millions of parallel devices connected at once, with virtually zero latency, enormous bandwidths and the ability to prioritize important traffic, will provide a foundation for technology we currently consider next generation. That includes driverless cars, 4K entertainment and real time Mixed Reality environments.

And behind it, the GSMA, the global body responsible for defining the network technology standards that phone companies around the world use, are already, if you can believe it, starting the process of gathering requirements for 6G. Who knows what that will enable.

4K Video Content, MR and Autonomous Vehicles: What Telcos are doing to improve these techs was last modified: October 11th, 2019 by LEI Technology