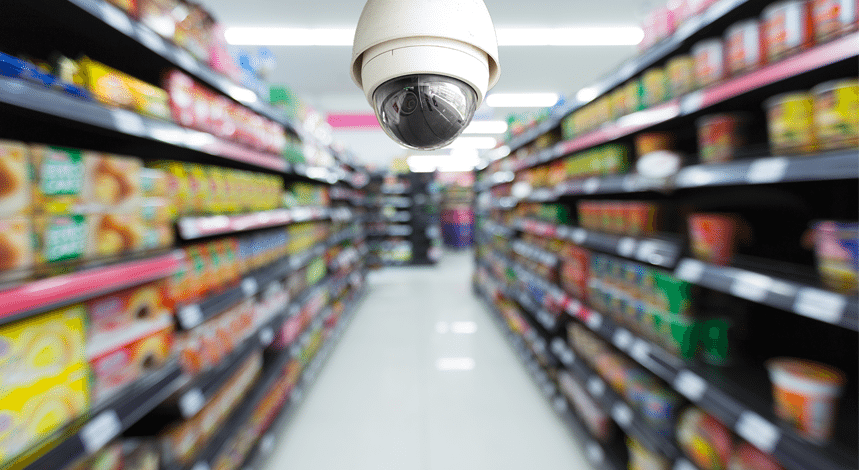 Video surveillance has long been an essential part of any retailers security set up. Theft and vandalism prevention and the ability to identify those that perform such acts gives retailers the power to deter criminals as well as press charges against individuals or gangs they record committing crimes against them, as well as enhance other aspects of their security efforts such as  on-duty guards. Recently, however, retailers have begun to turn to a more integrated, intelligent approach. IP (Internet Protocol) video surveillance is the networked, digital equivalent of traditional CCTV systems, in which an IP camera records footage than is then shared and distributed over an IP network. The result is an easier to use video surveillance system that boasts better search capabilities, the ability to be compressed for storage, simultaneous recording and playback, and improved imagery that won’t degrade over time like traditional surveillance video tapes.

So, what is causing this change in approach? In order to understand why the switch to IP video surveillance is being made, we’ll need to understand the issues faced by the retail industry as well as the solutions the IP video surveillance alternate can provide to address them. In order to be accepted and widely implemented, any video surveillance solutions will need to address and improve security in a way that satisfies both customers and senior management figures for retail outlets. So what are those issues? Let’s start by looking at some of the reasons retailers across the globe have looked to video surveillance as a way of not only deterring criminal activity, but also increasing their employees’ sense of safety, service attitudes and productivity. 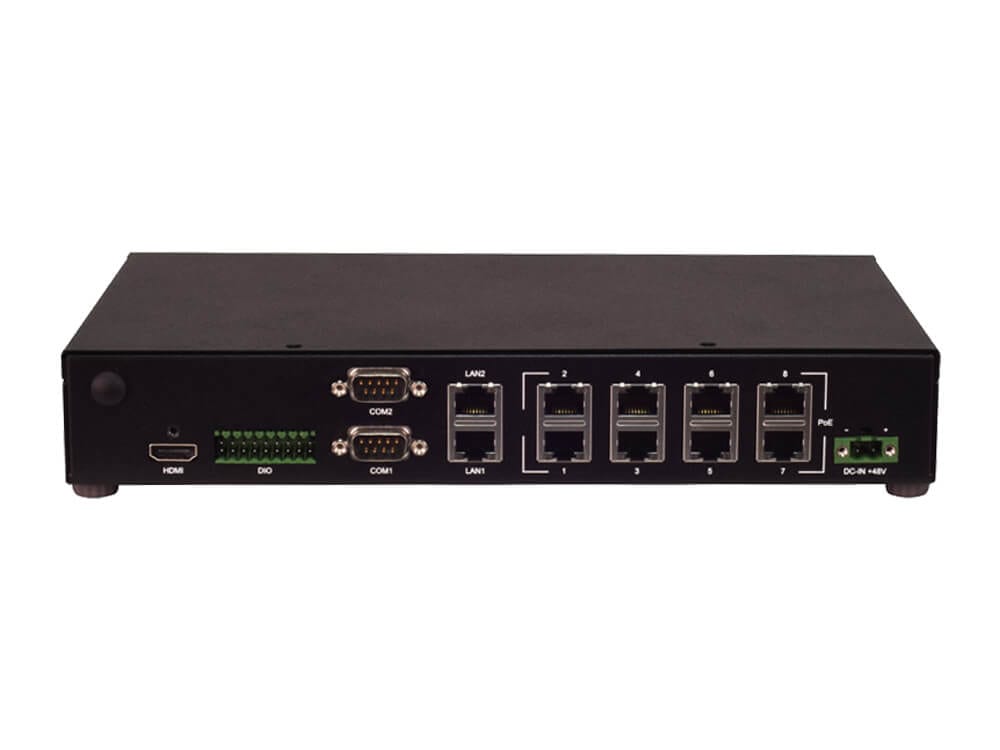 When it comes to the need for video surveillance, the retail industry has arguably one of the largest requirements of any industry. With theft costing the US retail industry alone $32 billion in 2015, it seems that more still needs to be done within this sector in order to improve existing retail loss prevention tactics. However, it isn’t lack of options that’s holding some retailers back. The results of the 2012 report, CCTV in Retail 2012, undertaken by the Loss Prevention Research Council*, indicated that “Cost of technology refresh” was the biggest hurdle for companies yet to complete the IP video transition and that it could take the rise of cross-functional uses and applications in order for companies that currently have more traditional systems in place to make the switch.

Businesses that have adopted IP video surveillance have reported that their main reasoning behind implementing new, IP-based surveillance systems included the improved image quality with standards often reaching HD levels as well as the ability to further integrate IP surveillance systems into their business operations strategy in order to further improve upon both security and productivity. Often, just the presence of a monitor showing live IP video footage at the entrance of a retailers will deter potential thieves and vandals and the idea that they are being recorded throughout their shift has been shown to improve employee performance both when interacting with customers and tending to other on-duty tasks. This could very well be an example of the kind of cross-functional use retailers are looking for, however, there are other advantages that IP video surveillance brings to the table.

Now that we understand the obstacles the retail industry faces with regards to loss prevention and security strategies, we can begin to see the sorts of benefits IP Network integration of video surveillance systems can bring. It goes without saying that there is no one-size-fits-all solution and organizations of different shapes and sizes will need solutions bespoke to them. So, let’s take a look at a few key features that could attract more retailers to IP video surveillance.

Integration: Being able to manage different aspects of an all-encompassing strategy is a lot easier than trying to manage a number of stand-alone appliances and personnel, therefore, with an IP video surveillance system that integrates into other existing security features such as alarms and communications systems, retail outlets can begin to build upon a stable IP foundation with an easier future upgrade path.

Remote Management: Any technology that enables real-time viewing of any connected video source for any device connected to the same IP network is always going to be popular with organizations looking to build upon their security infrastructure. Remote access and management systems allow for greater network control and flexibility and can also enhance other departments if implemented appropriately. Another example of cross-functionality.

Criminal Deterrent: Just knowing they’re being recorded could be enough to deter some would-be thieves, however, the simultaneous play/record functions that digitized, IP networked video surveillance systems are capable of means that retail outlets will be able to record their footage while playing it on a monitor at the front of the store to let individuals who might look to try their luck know they are being watched and recorded.

Storage: Because it is digital, IP video surveillance footage is much easier to store than tradition CCTV systems. IP storage also allows for the storage of data in any geographic location, meaning that businesses have access to all footage distributed over the network, regardless of their location. The ability to compress data to further increase storage space is another aspect of digitized systems that IP networked video surveillance systems could take full advantage of.

Cost: Running costs and expenses are a way of life for every business, however, despite some outlets attributing their late adoption of IP network technology to cost, running an integrated IP video surveillance system remains a cheaper alternative to running and maintaining traditional, standalone security systems.

Looking to the Future

As we look ahead to the future of IP network solutions in loss prevention, it would seem as if it is only a matter of time until these surveillance systems are regarded as standard practice for integrated security systems as well as being looked upon to provide a whole host of other operational and analytical data that could be harnessed to further enhance and transform the retail industry. At present, more and more retail outlets are adopting IP video surveillance to prevent losses through individual theft, organized retail crime and staff negligence and this is a trend that looks set to continue, driving further innovation and widespread implementation of these systems and those which will inevitably succeed them.

With new adaptations come new obstacles to overcome and the increasing interconnectedness of our industrial and commercial security systems, in retail and otherwise, means that securing our networks and their resources will become an ever more important procedure. Being connected through an IP network means IP video surveillance is subject many of the same risks of exploitation from cyber attacks as other connected devices and equipment. Further efforts will be needed in order to adapt to currently existing and as yet unknown threats to networks and connected devices that will inevitably come as our technological progression continues and, most likely, increases. 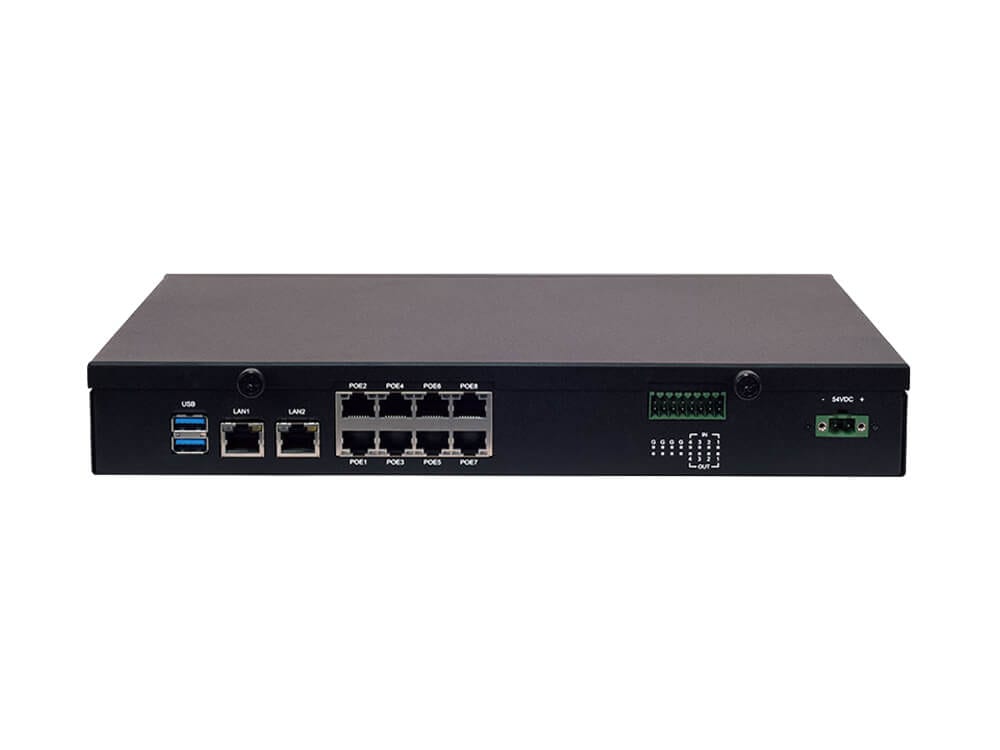