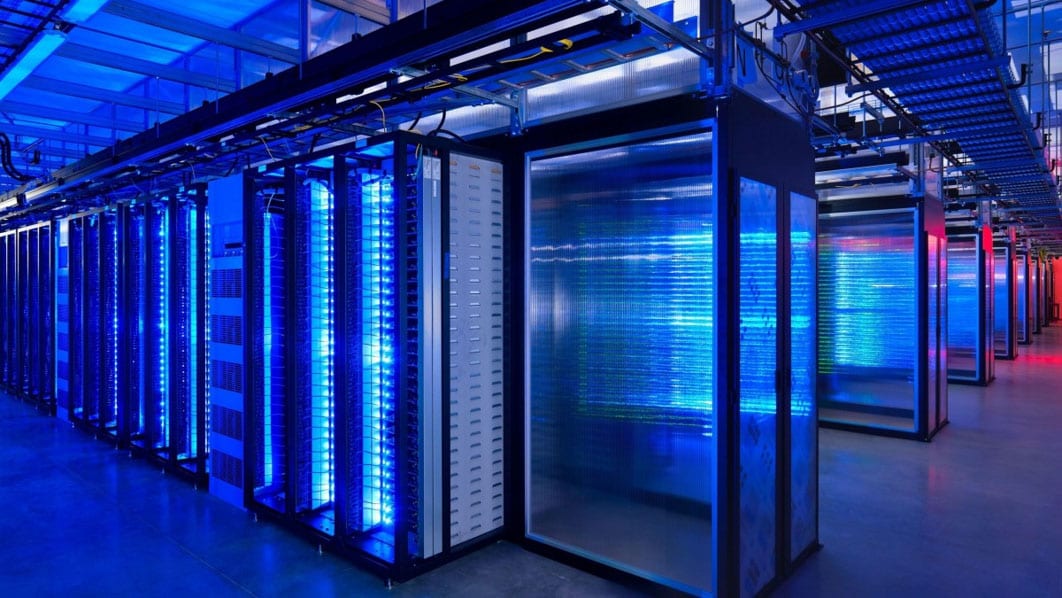 Driven by the lower total cost of ownership, service providers and telecom operators are quickly embracing network virtualization technologies. According to Statista, the investment on NFV (Network Function Virtualization) is not slowing down in any way, in fact, we saw the $1.2 billion in 2014, and now predicted to rise to $19.1 billion by 2020.

Only a couple of years have passed, and we are seeing the digital transformation that NFV is bringing to the table. Many of these service providers were successful in virtualizing mobile networks. Components such as the core/EPC, IMS services, RAN, OSS/BSS, and even the home equipment like CPE, were virtualized.

In this article we’ll talk about the three major trends that are driving the development of NFV technologies for 2020.

The cloud is probably one of the major drivers for most of this decade’s IT trends. It is transforming the entire IT ecosystem and making people consumers of software, rather than hardware.

We are seeing a lot of apps and even entire data centers move to the cloud, and of course, it is also a big driver of change in NFV. Other key drivers of these trends are mobile broadband technologies such as the new 5G and edge computing.

As everything evolves with the cloud, so does NFV. While NFV will still run virtualization on-premises, it will also be decentralized and containerized in the cloud. There are lots of new enterprise and telecom service providers building their network cores with a combination of containers and microservices. The open-source software CNCF (Cloud Native Computing Foundation) is one of the big promoters for the adoption of cloud-native computing.

VNFs (Virtual Network Functions) are now being used as cloud-native network functions (CNFs.) VNFs were usually deployed on-premises through VMs, but now they are being deployed in cloud-native containers. The former option makes cloud-based apps much easier and faster to deploy.

VNFs deployed in containers will enable microservices that can be developed, scaled, updated and orchestrated easily. Kubernetes, the open-source container orchestration system is playing a big role here because it enables NFV to be cloud-native. Kubernetes will allow these VNFs, CNFs, VMs, functions, and containers to be dynamically orchestrated.

The Benefits of NFV Deployed on Cloud-native?

While containers and microservices could be applications with a single purpose, such as routing network traffic, they will not fully replace the NFV. Containers can host VNFs, to provide automation, scaling, and orchestration, which is a better solution when it comes to management.

A real-use case of this technology is Verizon’s recent trial of the cloud-native, container-based EPC (Evolved Packet Core) technology. This EPC will deliver a much more efficient operational approach to run new broadband services such as LTE and 5G.

Efficient Rollouts and Operations for 5G

5G is where NFV providers are putting the pedal to the metal. Aside from leveraging the latest radio access technology, 5G will use new network architecture based on NFV and SDN. 5G along with NFV and edge computing will rule in applications such as smart factories, smart homes, autonomous driving, NGCO, Industrial IoT, intelligent farming, surveillance, and a lot more.

The NFV technology provides enormous benefits for Service Providers on their journey to 5G offerings. And we have seen it before with 4G. NFV can embody comprehensive systems, such as the virtualized core networks 4G’s vEPC (virtual Evolved Packet Core) and vIMS (Policy IMS/Services).

But, NFV is still a developing technology. Large mobile network providers have virtualized most of their core network functions, but haven’t been able to reach a %100. They have transformed only siloed components within the network, such as only vEPC or vIMS.

The 5G network, on the other hand, would need to be deployed horizontally with NFV services like network slicing and end-to-end service orchestration.

Why is Network Slicing the Key to 5G?

Mobile end-users are demanding higher quality and lower latency in multimedia and on-demand services. This demand is triggering a change in how we manage network services. With network slicing, the 5G physical network is sliced into isolated virtual networks, each with different characteristics. Each network slice is an independent end-to-end E2E network made to fulfill specific requirements. For example, a network slice could handle self-driving vehicles, another one augmented reality, another one IoT devices, and so on. 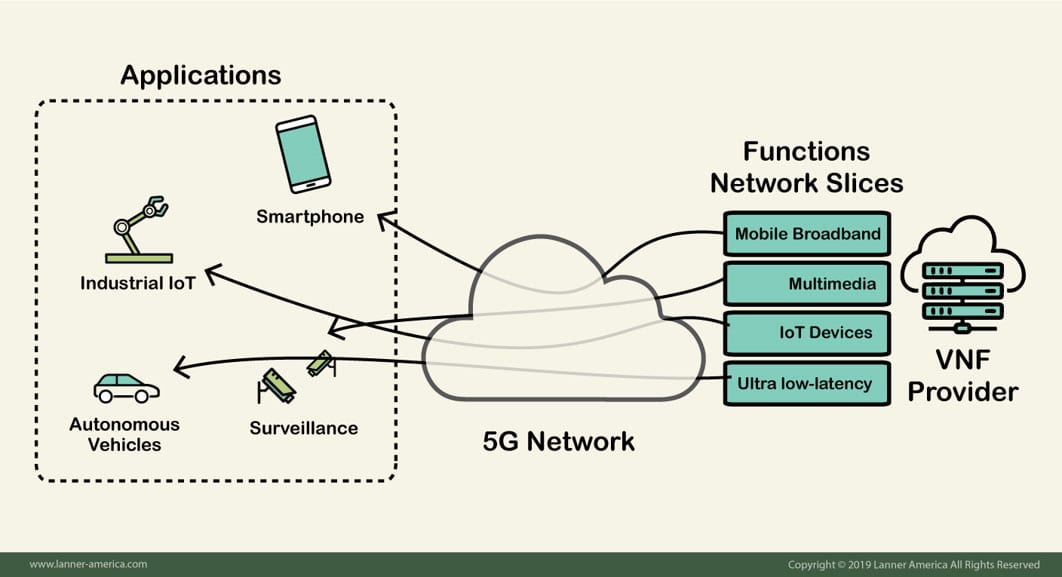 5G network can be sliced into multiple VNs (Virtual Networks) over a shared infrastructure. This results in multiple E2E networks across the core network and Radio Access Networks (RANs).

To achieve the type of NFV required by service providers, the network infrastructure requires highly reliable and available platforms that can host all those VNFs. These hardware platforms need to be optimized to drive the efficiency of VNFs. Examples of these telecom network appliances are the HTCA-6200 and the FW-8896. Now more than ever, we need decentralized applications that are deployed closer to the end-user, instead of a central cloud. Today, the end-users are working from home, videoconferencing while moving, using high-demand services like streaming multimedia, augmented reality, autonomous driving, etc.

Because of this demand, applications are beginning to drift from the monolithic server deployed in a data center into distributed workloads across hybrid environments. The edge computing model attempts to bring the computational resources closer to the distributed edges of the network where they are needed. Now, devices at the edge such as the end-users smartphones, radio towers, or local data centers have the capability to process data locally. Edge computing helps to save precious bandwidth and improves response times.

So how can Edge Computing Utilize NFV?

Now, edge computing is mixing NFV into the equation to deploy applications and services faster. NFV can’t only be deployed at central networks but also at the edge, where services can be tailored and networks can be sliced closer to the user. NFV can provide a more granular type of service for each specific use case.

For radio networks, the architecture of the Multi-access Edge Computing (MEC), proposed by ETSI, is similar to NFV, in a way that the infrastructure is virtualized. The MEC can be installed at the base stations to act as a mini-data center. 5G can utilize these computational power at the edge to provide even lower latencies.

Which appliances can support NFV at the edge?

NFV can support edge applications and services with the help of the right NFVi and edge computing infrastructure. Examples of these devices are whitebox vCPE/uCPE, MEC servers, and HCI-ready platforms solutions.

The following are some uCPE and vCPE whitebox appliances that can be used to push VNFs to the edge.

The NFV service can also be guaranteed by integrating open source software such as Open Platform for NFV (OPNFV) and the right whitebox solution. A uCPE is capable of:

Cloud will be the major driver for how NFV is deployed, in fact, there is a new similar function referred to as CNF (Cloud-Native Network Function) that will co-exist with NFV. Kubernetes, the open-source container orchestration system is already allowing NFV deployment automation, scaling, and management. This orchestrator will manage all these functions, including VNF, CNF, and containers.

These cloud-native containerized VNFs will have a positive impact on the 5G network core, as well. 5G will also benefit from the network slicing performed by NFV. For example, the mobile network core can be sliced into different and isolated components, such as the 4G’s vEPC, vIMS, and RAN.

But of course, VNFs can’t only slice central networks, they can also provide network slicing, orchestration, policies, etc, at the edge. With the help of whitebox industry-standard x86 servers to run as uCPEs, VNF will be easier and more cost-effective to deploy at the edge.

To know more about NFV applications in real life, check out our 6 examples of NFV use cases.