Our planet is absolutely covered in water. Seas and oceans span enormous distances and the ways in which we as humans use these huge expanses of water is almost limitless. From recreation and transportation to commercial and industrial endeavors, our oceans are home to a vast variety of human ventures. This in itself brings with it various requirements and one of the top priorities of many ocean-faring enterprises is networking.

There are several ways in which providing network connectivity to the oceans has been addressed and each come with individual challenges themselves. These methods include WiFi from cellular base stations, providing coverage through satellites and the use of mobile connections such as 3G, 4G, and LTE.

However, in order to best use the connections available to them, ocean-faring enterprises will need to utilise the smart connectivity provided by software-defined wide-area networks (SD-WAN). In this article, we’ll be looking at a few of the challenges faced by those looking to bring network connectivity to the oceans as well as how SD-WAN solutions can enhance maritime networking.

What Are the Big Challenges?

The typical range for a WiFi signal from a base station located on land is around 30 miles or so, however, this can vary drastically depending on any obstructions between it and the receiver. Coastlines and cliff tops can often obstruct these signals and so their reliability is limited by their range.

WiFi, for example, may appear to be a cost-effective and fast networking solution, however, it’s limitations make it only so useful. For enterprises needing network connectivity at much greater distances out to sea than 30miles, another solution would be needed in order to take over once the WiFi signal was lost.

Latency is another big challenge for maritime networking and, while impossible to avoid completely, significant effort has gone into trying to solve the latency issue, although not without challenges of their own. Using satellites, in this scenario, requires data to be sent from a base station, up into orbit, and then back down to the receiver dish.

While this process does happen at the speed of light, the distance the data has to travel, combined with its fixed speed limit, means that there will almost inevitably be latency, possibly up to half second’s worth. And this latency would increase the further from the equator the base station was due to both the curvature of the Earth, with polar regions receiving little to no coverage at all. 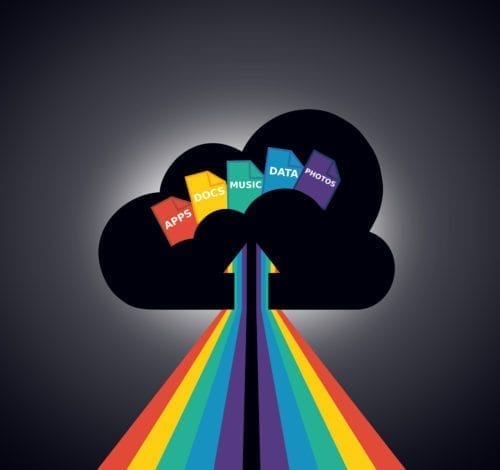 Nowadays, demand for data services is at an all-time high, with advances in networking, IoT, and smart technologies driving the expansion of data driven services. A passenger cruise ship will now need robust and flexible network in order to provide network connectivity, not just for safety, communication, and navigational purposes, but now also for the recreational and business purposes of its passengers.

This increase in service demands has created an essential need for reliable, flexible, robust, and agile maritime networks. In order to meet this demand, and face down the other challenges outlined above, ocean faring enterprises are looking to software-defined wide area networks.

How Is SD-WAN Enhancing Maritime Networking?

There a plethora of ways in which SD-WAN and software-defined networking (SDN) in general are able to enhance the networking capabilities of those operating out to sea.

The ability to host multiple connections means that combinations of WiFi, satellite, and mobile communications networks can be utilised as a single connection so as to provide a more streamlined, less complex maritime network.

This also provides a certain level of redundancy for other connections in that, should one connection falter or go down, there are multiple others that could be able to take any redirected traffic onwards to its destination.

One of the lesser celebrated but essential benefits of SD-WAN solutions are their application-based routing and intelligence capabilities. This allows for operators to build intelligence into their networks in order to understand the applications they run and their particular bandwidth requirements.

Using the multiple WAN links available, maritime SD WAN administrators are able to benefit from dynamic application-level routing as well as implement application-based intelligence in order to overlay traditional packet-based routing. This enable the network to intelligently allocate the best possible connection for each individual bit of traffic.

Leveraging SD-WAN technologies can also save enterprises money, space, and resources by allowing for SD-WAN networks at their customer’s sites to be managed by service providers from a centralised location. This also allows for networks to be updated remotely through software instead of needing to house an IT specialist for the duration of every trip.

The Role of SD-WAN Within Maritime Networking was last modified: March 7th, 2018 by Rick Spencer