With the continuous development of communications technologies, big data-augmented predictive analytics and machine learning, emerging Cyber-Physical systems (CPS) could be the next big step towards self-sufficient machines. But that’s just one exciting new direction to take artificial intelligence, and with processors smaller and cheaper than ever, machines are getting ready to start taking on predictive decision-making roles which will dramatically reshape how we go about our lives. 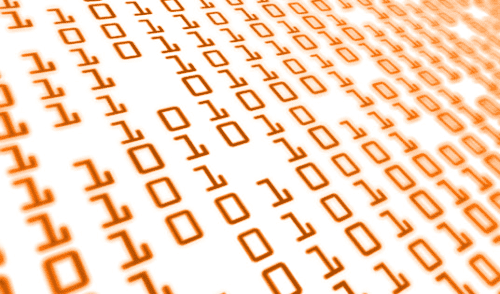 “We don’t have better algorithms than everyone else, we just have more data” – Google Chief Scientist, Peter Norvig

The most advanced networks started out in the data center, and considering the success of Google’s business model – it’s not surprising. Fast access to large amounts of data is key to nearly all important application, services, technologies and algorithms. Software-defined networking was born here out of that necessity, and it has been expanding onto all other aspects of our future networks.

The millions of emerging IoT devices, web services and applications generate torrents of user data, market data and just plain useful information. But there’s so much of it that dedicated infrastructure- data centers, are necessary to gather, organize and prepare the information for rapid access to facilitate decision making.

Technology is moving more and more towards the software realm. CPS, as its name implies,  is a system that is anchored to its surroundings through the use of sensors like cameras, GPS and accelerometers and physical actions mechanisms – but at the same time exist in the virtual realm, being connected and controlled through software via several different means. Examples of this applied in the real-world: the cyber-twin model, where a virtual simulation- or twin –runs alongside the actual physical hardware at all times. 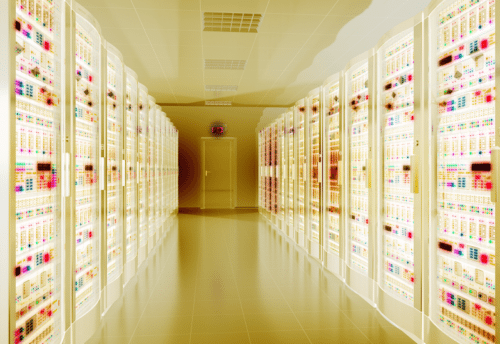 Humans have already been analyzing valuable data for years, but with the massive amounts of data and advancing technologies we are easily overwhelmed. If we’re to step it to the next level, we’ll need the indomitable computational-prowess of computers to encompass more of our decision-making processes each day.

By processing large data sets in one go companies can uncover hidden patterns, obscured correlations and market trends which can be incredibly useful information. One can liken this to a brute force approach on data.

With incredible algorithms, which to the layman appear no different from magic and glass orb prophecies, machines are able to create statistical models and formulas which can predict and simulate pretty much anything with enough input and processing power.

Machine learning is just another tool in predictive analytics arsenal. It’s a branch of artificial intelligence that was developed with the purpose of getting machines to “learn”. Today it includes many more functions, like statistical methods. 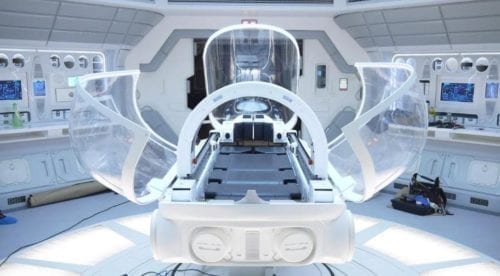 Machine Medical Care is another promising application. Machines are better at accurately analyzing, and by running powerful simulations of things like coronary arteries, machines can predict future complications, build-ups and medical ailments that would be unnoticeable to current doctors, and they can even theoretically perform surgery. Sound familiar? Yes it’s pretty much the same tech used in Prometheus (pictured above).

Driverless cars are well on their way to consumers, and to do so they need to be able to communicate securely with one another and big data to tackle issues like traffic congestion and accident-related emergency reroutes.

Industrial Internet, or Industry 4.0 as it is often referred as, is set to change how manufacturing is approached. By utilizing big data analytics, predictive analytics and the millions of sensors, market data and user data at their disposal, manufacturers will now be able to intelligently scale their operations and apply concepts like predictive maintenance. This aims to eliminate issues with manufacturer downtime, manufacturing surplus as well as create self-aware, self-maintain/servicing smart factories. Cyber-physical systems really shine here, as they can run sped-up simulations of their current hardware which aid in predictive maintenance, efficiency and logistics.

All of this networked technology will eventually add up to large homogeneous, city-encompassing system that interacts with its cities inhabitants. Intelligent transportation, energy, communications and manufacturing are all set to provide the greatest changes to our society.

Of course the technology is still in its infancy, and many are skeptical of the technologies viability outside of a lab. This is due to the existence of highly volatile and unpredictable variables that could have snowballing impacts on end results. Not to mention that technology and science still hasn’t successfully simulated anything near as complicated as a human organ for example.

Of course this is always an issue when introducing new variables into a system, and this is no exception. We need to drastically improve our cyber security standing before we can consider such dependence on the technology.