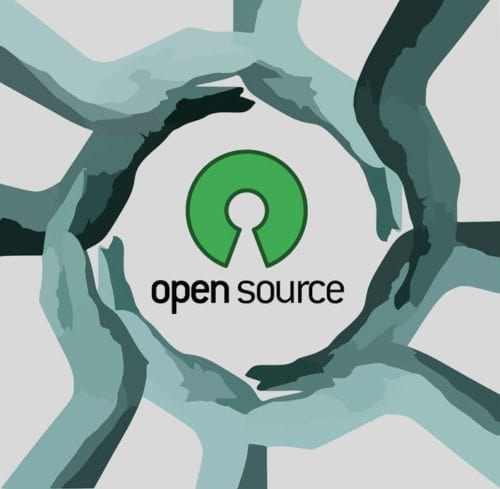 NFV – not for solo players

The melding of these two massive projects (both projects involving millions of lines of code) into ONAP is not only a massive undertaking, but a huge wake-up call to other SDN/NFV projects. The simple fact is that NFV is such a monumental network evolution that no one entity has the resources to tackle this alone – not even massive corporations like AT&T or Huawei / China Mobile (the project leaders for Open-O and Open ECOMP – respectively).

Considering the heavy burden of developing projects that involve such massive amounts of code, collaborative efforts which reduce project overlaps and focus efforts as a team will see greater advances in development with less burden on all party.

Collaboration between vendors and service-providers

With the formation of ONAP, the project now includes 27 service providers which serve 33% of all subscribers worldwide. Such presence will have the added effects of driving standardization towards ONAP, hopefully in the same way Openstack’s dominance lead to the consolidation of similar projects like Cloudstack into its fold.

One of the most important goals for NFV –the elimination of vendor lock-in –depends heavily upon collaboration between virtual network function (VNF) vendors, NFVi and NFV MANO solutions. After all, NFV was never meant to be a suite of VNF’s using proprietary API’s and proprietary MNO implementation, etc.  Open source collaboration is currently the best method to get fragmented projects and vendors to work together and utilize open standards.

Simplifying VNF interoperability and deployment is as important as ever with the amount of fragmentation present from the numerous SDN/NFV ecosystems and proprietary vendor solutions.

Project integration another step towards interoperability and standardization 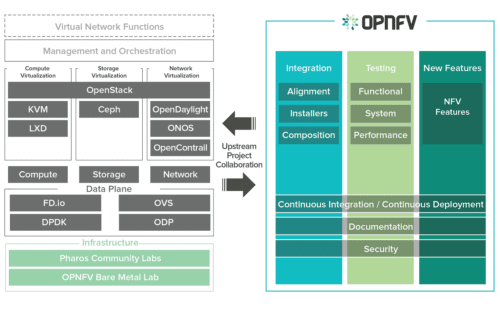 OPNFV is another equally important Open Source Project for Integrated Testing of Full, Next-Generation Networking Stacks. Though the project has vastly different functionality there are some overlaps with ONAP, and it’s just as –if not more important for projects like these to collaborate and help integrate their offerings into more complete solutions. Thankfully these are outspoken goals of the OPNFV project, which seeks to simplify development of the components in network functions virtualization across the numerous open source ecosystems. OPNFV brings DevOps methodologies to NFV using collaborative upstream development, integration, deployment, and significant Continuous Integration/Continuous Development (CI/CD) testing automation.

In future OPNFV releases the community will be expanding MANO support via collaboration with ONAP to integrate the ECOMP and Open-O code base as it matures, the cross-community CI/CD model will be enhanced, and the platform will include a focus on VNF interoperability and application enablement. This is the kind of collaborative development and code-sharing which advances solutions greatly in short periods of time.

Driving standards from the code

There’s no better way to standardize NFV than open source projects which have matured and built a sizable codebase and set of best practices through open collaboration. The next logical step is to put then present these standards and practices to the relevant organization like the European telecommunications and standards institute (ETSI) which can then further solidify these standards.

Open source projects that advocate the usage of open standards in line with ETSI’s NFV such as: Openstack, OPNFV, ONAP, ONOS (Open network operating system),  x-RAN, Open vSwitch, ONIE (Open network install environment) OpenFlow, OpenDaylight and many others are all leading the way towards the SDN/NFV powered networks of tomorrow. Through open collaboration and seemless integration between these impressive projects, progress in these solutions will see a faster rate of improvement and Interoperability that will help accelerate SDN and NFV into a potent and complete networking solution.